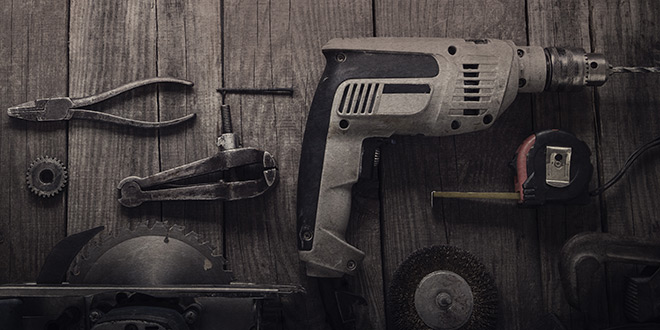 Boost Sales In This Popular Category

Travis Andrews at Strasser True Value Hardware has a take-no-prisoners approach to selling in his power tool category. His tool department spans nearly one-quarter of his 40,000-square-foot store. This past April, sales in the category reached $255,000 during the store’s annual tool sale alone.

Aggressive promotions and a large selection have given Andrews the advantage over his specialty tool store and big-box neighbors. But those aren’t the only ways to compete in the power tool category. There are strategies any retailer can use, and to find out what those are, Hardware Retailing spoke with the following three retailers who dominate their local power tool markets

Gary Dumont, whose store, Dracut Hardware in Dracut, Massachusetts, may be a modest 8,500 square feet in size, but whose pricing strategy and single-brand focus catapulted power tools to one of his strongest categories.

Mike Karch, president of Nue’s Hardware and Tools in Menomonee Falls, Wisconsin, has more than 30 years of experience, a 12,000-square-foot power tool department and a repair shop that services more than 50 lines of tools.

Tip 1—Make a brand commitment.
Retailers who have strong power tool sales tend to make a strong commitment to a brand rather than carrying a sampling from several manufacturers. How many brands you can handle may depend on your available sales space.

Early on, Dumont says his power tool department looked similar to that of a lot of other home improvement stores. He had several brand names scattered throughout the department, as well as a few private labels. But as he started listening to his contractor customers, he discovered they were usually brand loyal. With a limited amount of space to dedicate to the category, Dumont decided to go deep in a single brand name. A strong brand presence would give cohesion to his department and be more likely to attract the attention of his contractor customers. Power tool sales increased significantly after the change.

While Dumont may only have had space for a single brand, Andrews took a different approach. After many years of only having a single brand name dominating the power tool area at Strasser Hardware, he decided it was time for a second. “I discovered we were missing a big part of the market,” Andrews says. “There was a big segment of the pro-customer market that typically purchased a different brand of tool.” He found customers in the building trades tended to be loyal to one tool brand, while those in electrical and HVAC tended to be loyal to a different brand. Bringing in both expanded his customer base.

Tip 2—Build a reputation for low prices.
Go with low prices—that’s the reason Andrews is able to pull in such high sales numbers during his annual tool sale. He’s willing to lose margin dollars and sell his tools below big-box prices just so he can get customers in the door. “I’m selling these tools cheaper than my customers can buy anywhere, even online,” he says. “I decided that during the tool sale, I would run the most aggressive prices I could get.”

Margins are not what he’s after in the sale, anyway; it’s about establishing himself as a place to buy tools. As contractors buy tools at the sale and tell their friends, those friends come to the sale the next year.

Some retailers could be concerned that having a low-price sale would cannibalize sales throughout the rest of the year when tools could be sold at full price. But Andrews has built a base of commercial customers who only buy tools when they need them. They buy them at full price, which could be any time of the year.

Dumont’s strategy is to price power tools as low as he can every day. “For every item in that area, I’ve already price shopped for the customer,” he says. “I typically price about $2 below big-box and internet pricing. I never have any price resistance from the customers. I’d rather take less margin and build my customer base.” He uses the low prices on tools to get customers in the door. Margins on accessories, a category that drives repeat business, are significantly higher.

Also when merchandising, remember that customers want to see products out of the box. Keep batteries on those samples fully charged. You don’t want customers to be disappointed when they reach for a tool to see how it works.

Tip 4—Fill up on accessories.
The accessory displays must be full. “I put as much on every peg as will fit,” says Andrews. “Nothing will frustrate the customer more than not having what they need, and as much as they need.” Contractor and commercial accounts can be some of your best customers in the tools category. If you want to attract their business, make sure you have more than just two or three pieces on the peg—fill it up.

Tip 5—Be first with new products.

Andrews has a simple rule for what new products he stocks in power tools. “If it’s new, I want it,” he says. He also wants to be able to use it. As soon as that new product arrives, Andrews will take it home and try it out so he can give his customers a firsthand report on that product’s various features and his experience with it. He gives his employees the same opportunity so they can give the best sales advice.

Having new products is critical to keep customers’ interest and to maintain your reputation as a leader in the category. Even if it takes time to sell that new product, you’ve not wasted your inventory dollars. A new and unique item will generate conversation, and customers will trust that if you have that item, you’re offering them the latest products in the rest of the category, too.

Tip 6—Stand behind what you sell.
Karch at Nue’s Hardware and Tools considers himself more of a consultant than a salesman. He wants to personally recommend the best tool for the job and talk intelligently about why one tool is better than another, rather than just sell based on brand or price. That’s where Nue’s repair shop comes in handy. Karch and his staff are accustomed to taking tools apart. They can tell when a tool is well-constructed, and when it’s not.

“Since we’re involved in tool repairs, we can tell how well tools are built internally,” he says. “When we get a new tool design, oftentimes the first thing we do is pull that tool apart so we can get a good idea about the durability and serviceability of that tool.”

Because he knows the construction of the tool—and how it works since he has used it himself—Karch has confidence when he counsels a customer about a purchase. If Nue’s sells a tool that fails a customer on the job site, they risk losing that trust. The customer is more likely to hold Nue’s responsible for that failure than blame the manufacturer. When that tool holds up to the rigors of the job site, Nue’s gains a loyal customer.

“We want to give our customers good counsel, and we’ve built up a lot of trust with them,” Karch says. “We take responsibility for what we sell. When we sell that tool, we stand behind it. That’s a promise we make with them when they come in the door.”

Tip 7—Ask the right sales questions.
Andrews sees employees make two common mistakes when selling power tools. First, they typically want to show customers their own personal brand preference instead of first asking what the customer actually needs. “If a customer comes in and says ‘I’m looking for a drill,’ that employee needs to first ask, ‘What kind of job are you going to do with that drill?’ Next, ask if they work on a job site,” he says. Answers to those questions will play a big part in determining what tool brand they should use.

Contractors working on a job site will be best served if they get a cordless tool similar to what their colleagues are using. Using the same brand makes it easier to exchange batteries among users. Their preferred brand may also have features particularly well-suited to the job they’re doing.

Tip 8—Talk features with contractors.
In the more than three decades Karch has been selling power tools, he says technology is changing faster than ever. “In the ’80s and ’90s, tools were very similar in design, and manufacturers would hold the design for five and 10 years at a time,” he says. “Now, tool designs are changing nearly every year.” Keep in constant contact with vendors about changes to their product lines and communicate that to employees. That will help them feel less intimidated when approaching contractors.

“It’s intimidating to approach a contractor who uses that tool every day, because they are likely to know more about it than you,” says Karch. The best approach is to focus the sales conversation on the tool’s new features or what may have changed since the customer last purchased the tool.

Tip 9—Offer full-service repair.
A tool repair service center can potentially draw customers from big-box stores that don’t offer that service. Dracut Hardware features a tool repair center. Customers who need repairs know they won’t get any resistance if they need to return an item, and they can get warranty work done faster at Dracut than at a big-box store. Offering tool repair is also an added value you can provide better than online retailers, who cannot offer the personalized, fast service you can.

Tip 10—Let customers talk to vendors.
Nue’s annual tool sale is about communication as much as it is about driving high-volume sales. The sale gives customers a chance to talk directly with the vendor to ask any questions they may have and express feedback. It also offers valuable feedback from customers.

Personal one-on-one time with vendor reps is critical because it shows customers that Nue’s values their opinions, Karch says. Customers can talk directly with representatives from the manufacturer, so they feel they have an outlet for talking about the products they use every day.

He considers the face time he can provide between vendors and customers to be his competitive edge over online tool outlets, which can be difficult to compete with because of their low prices. “This is really one of the added values we have over buying online; we have a salesperson and a vendor representative where customers can direct their questions and concerns,” he says. “We want to be really open to what our customers have to say, and continuously take needed actions toward improvement. Without our customers, we don’t exist.”

Jesse Carleton has visited independent hardware retailers, conducted original research on the industry and written extensively about the business of hardware retailing. Jesse has written for more than a dozen of NHPA’s contract publishing titles, all related to the hardware retailing industry. He also was instrumental in developing the Basic Training in Hardware Retailing courses now used by thousands of retailers across the country.
Previous Wine and Beer Fermenter
Next Department of Labor Reconsiders Overtime Pay Increase 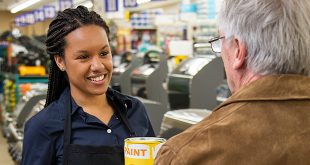 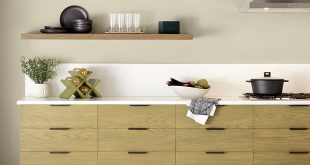 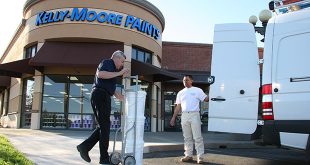 DIY Pet Projects to Share With Your Pet-Loving Customers

It’s no secret that humans love their furry companions. According to the 2021-2022 National Pet …