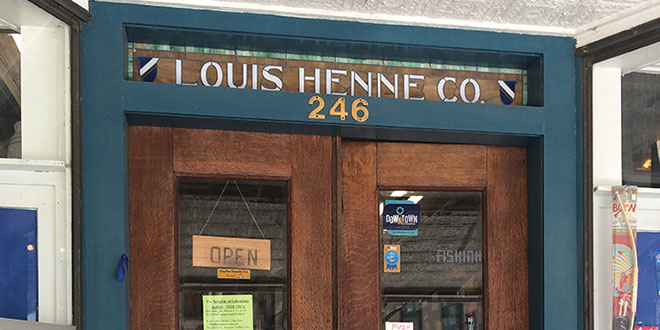 More Than 160 Years of History at Henne Hardware

The store is located on a busy street downtown in New Braunfels, Texas, and it’s unmistakably from another era.

If you walk through Henne Hardware’s door, you will see that you can buy the essential hardware products you’d expect of a store in 2018, as well as toys and cookware.

But first you’ll step onto floorboards that customers have walked across for 125 years. And before you take in the current product array, you will likely notice the antique pressed-tin ceiling, high wooden shelves, sliding ladders and the pulley system that used to carry cash from the front counter to the store’s back office long before modern point-of-sale systems.

The low-hanging pulleys and wires likely used to cause customers to duck when a salesman sent money back on a small trolley through the store after a transaction, owner Paul Martinka says.

Martinka cares about retelling and preserving the history.

“It’s the oldest hardware store in Texas,” he says. “It’s unique. You won’t find many places like it anywhere else.”

Henne Hardware started in 1857 in the German community of New Braunfels. The business is still located on part of the lot where the Henne family first built a homestead and tinsmith operation, according to Martinka. The Hennes constructed the current building in 1893.

The family immigrated from Germany in 1846, bought the property and began a business. Just 11 years later, founder Ludwig Henne died and left the business to his 17-year-old son Louis. 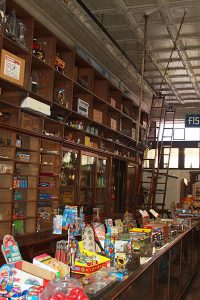 The company has now been selling hardware for more than 160 years, though the once prosperous stove, carriage, buggy and wagon business is long gone.

The old-fashioned toys the store sells are a tradition that began at least a century ago, when Henne Hardware was the only store in the area where people could buy their children toys at Christmastime.

The business has had a few owners beyond the Henne family, including Martinka, who bought the store in 2000.

“People like to see it,” Martinka says. “This town prides itself in its heritage.”

Kate is profiles editor for Hardware Retailing magazine. She reports on news and industry events and writes about retailers' unique contributions to the independent home improvement sector. She graduated from Cedarville University in her home state of Ohio, where she earned a bachelor's degree in English and minored in creative writing. She loves being an aunt, teaching writing to kids, running, reading, farm living and, as Walt Whitman says, traveling the open road, “healthy, free, the world before me.”
Previous Guiding Businesses Through the Centuries
Next 4 Ways to Sell More Projects