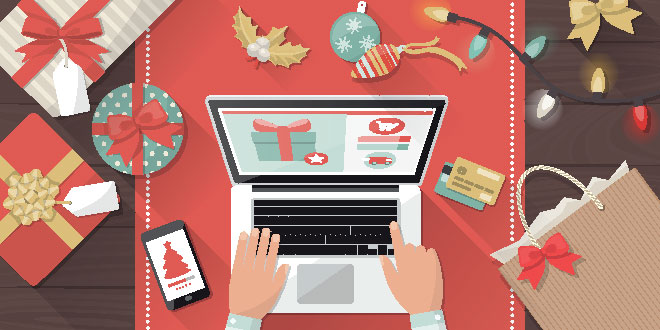 The 2017 holiday shopping season kicked off over Thanksgiving weekend, with retailers seeing a large boost in consumer traffic.

More than 174 million Americans shopped in brick-and-mortar stores and online, beating the original estimate of 164 million shoppers, according to an article by the National Retail Federation (NRF). That number is up 20 million above 2016.

“All the fundamentals were in place for consumers to take advantage of incredible deals and promotions retailers had to offer,” NRF president and CEO Matthew Shay says. “From good weather across the country to low unemployment and strong consumer confidence, the climate was right, literally and figuratively, for consumers to tackle their holiday shopping lists online and in stores.”

Average spending per person over the five days around Thanksgiving was $335.47, with 75 percent going toward gifts, according to NRF.

More than 58 million consumers shopped exclusively online and over 51 million only shopped in stores, according to NRF. Shoppers who spent money both online and in stores spent more than people who only made purchases digitally or only visited brick-and-mortar retail outlets, NRF reports.

The most popular days for in-store shopping were Black Friday, with 77 million shoppers, and Small Business Saturday, with 55 million people, according to NRF.

Renee Changnon is the retail outreach coordinator for NRHA. She meets with retailers in their stores and at industry events and introduces them to the services NRHA provides. Renee previously worked as a member of the NRHA communications team. She earned a degree in visual journalism from Illinois State University, where she served as the features editor for the school newspaper. After college, she implemented marketing and promotions initiatives at Jimmy John’s franchise locations across the country. She enjoys exploring books with her book club, Netflix marathons and hosting goat yoga at her apartment complex. Renee Changnon 317-275-9442 rchangnon@nrha.org
Previous The Economy: Hurricanes and Home Improvement
Next Standing Out Online Is Key Theme at E-Retailer Summit