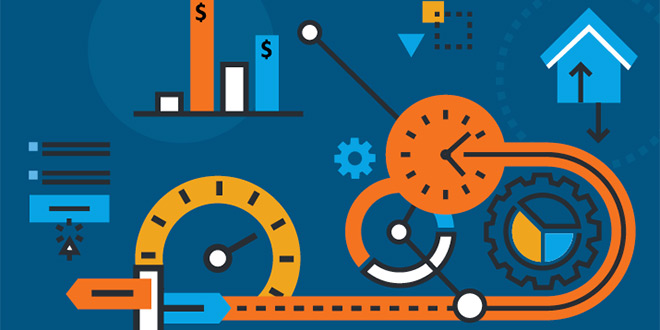 To download a PDF of the complete 2016 Market Measure, please complete the form at the bottom of the page.

The Ups and Downs of a Positive Year

To simply state that 2016 has been a good year for home improvement retailing doesn’t do justice to the complicated path the industry has taken over the last 12 months.

It is a statement of fact that the industry, by just about any measure, has seen marked growth in 2016. The North American Retail Hardware Association (NRHA) is estimating the industry’s growth this year will come in at about 5.8 percent. And organizations like the Home Improvement Research Institute (www.hiri.org) are putting their growth estimate at around 6.0 percent.

If you just look at the numbers being reported by the U.S. Census Bureau, you’d see sales in the industry (NAICS 444) through September clipping along at about 6.7 percent above last year.

In fact, building materials and home improvement sales have emerged among the brightest stars in the retail galaxy this year, outpacing overall retail sales increases by nearly 3 to 1.

So why does this leave us with a complicated picture for 2016?

Let’s just say this wealth of expansion hasn’t been felt equally across the home improvement retailing landscape. While just about every segment of the industry has seen increases this year, the majority of the increase in sales has been driven by larger-ticket purchases.

Though a stronger housing market tends to benefit all home improvement retailers, the construction of multifamily dwellings has been a stronger driver in the health of the market. Typically, multifamily housing construction has a greater impact on home centers and lumber dealers than the average hardware store.

The result is that hardware stores saw sales increases at a rate of about 200 basis points slower than other store types this year, according to NRHA estimates.

Store type wasn’t the only determinant of retail success so far in 2016 either, as regionality played heavily into sales growth. Unfavorable weather patterns in parts of the country during the first and second quarters didn’t help sales for stores heavy in categories like lawn and garden. Additionally, stores in areas like the southeast and upper Midwest that had experienced benefits from the oil boom saw sales dip as gas prices continued to moderate.

Although sales have been a mixed bag based on store type and location, as a group, independent home improvement retailers still experienced positive results in 2016.

This assertion was validated by information from a recent NRHA survey of over 500 independent home improvement retailers. More than half of the respondents to the October survey reported year-over-year sales increases in 2016. Of these retailers, a full 10 percent say they had experienced “significant sales” increases.

What’s even better news for the industry is that the factors that appear to be driving these results don’t show any signs of abating in the near future.

The renewed buoyancy of the housing market is one of the main catalysts for the positive sales movement in home improvement retailing, and economists see these trends continuing in the near future.

According to Kermit Baker, senior research fellow with Harvard’s Joint Center for Housing, all signs indicate the strength in the housing market will continue through 2017 with housing starts, remodeling expenditures and homeownership rates all poised for additional growth.

Added to the strength of the housing market is a renewed confidence among consumers that make them more likely to open their wallets to spend on home improvement projects. While multiple factors influence consumer confidence, two of the biggest determiners to consumer spending—employment and disposable income—are both predicted to remain strong in the coming months.

All of this has led to increased confidence among independent retailers. According to the NRHA research cited previously, 71 percent of survey respondents say they are predicting sales growth in 2017.

Many economists also agree with the positive outlook expressed by retailers in the NRHA survey, predicting that home improvement product sales should continue to outpace overall retail sales in 2017.

NRHA is predicting that 2017 will yield results very similar to what we are seeing this year, anticipating industry growth in the mid 5 percent range.

There are many factors that could influence this prediction in both positive and negative ways.

First, there is the ever-changing weather. Moderately inclement weather is usually a good thing for the industry, but over the past several years, we have seen both feast and famine—experiencing mild winters, wet springs, droughts and dry, hot summers. Unfortunately, there is no real way to accurately predict these cycles.

The next wild card is the results of this year’s political activity, though the election season has ended and a new U.S. president has been selected. President-elect Donald Trump built his pre-election campaign around promises of massive change to the status quo. We don’t yet know what the impacts on areas such as consumer confidence and the housing market will be if Trump follows through on his pledge for change.

Additional Free Information!
In additional to the 2016 Market Measure, NRHA and Hardware Retailing published a video in which Hardware Retailing publisher Dan Tratensek talks about all that the home improvement industry experienced in 2016. Additionally, there are three resources that complement the Cost of Doing Business Study data featured in this report. Focusing on payroll, gross margin return on investment (GMROI) and average transaction size, these resources will help you better understand and use the metrics presented throughout the Cost of Doing Business Study. These resources include PDFs with case studies from other retailers who have improved specific metrics, as well as videos you can share with your employees so they can better understand the financial side of the business.

In his position as publisher of Hardware Retailing magazine, Dan has the opportunity to visit with independent retailers of all types and sizes and use these visits to shape the editorial direction of the magazine to meet the needs of the independent hardware retail market. Dan also oversees NRHA’s other publishing projects, which include a range of special interest publications, contract publishing titles, online content and more. Dan formerly worked as an editor and reporter for Hardware Retailing and has been involved in business journalism and news reporting for the past two decades
Previous Gatlinburg Hardware Store Still Stands After Wildfire’s Devastation
Next Multi-Use Ice Funnel