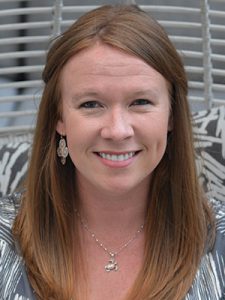 “I really love what I do. I love that no two days are ever the same. Every day I wake up and feel like I have a purpose, a reason for being here.”

Diana Newton grew up in her family’s home improvement business, Craftwood Lumber & Hardware, north of Chicago. By the time she graduated high school, she was handling managerial responsibilities. After pursuing her teaching degree, Diana returned to the family business part time while also serving as the director of a local tutoring center.

In 2009, Newton and her parents, David and Cynthia Brunjes, visited Bay Hardware in Seal Beach, California. A few months later, the family finalized the purchase of the store, and Newton began running the business.

Newton spent the first year turning the store into a place the Seal Beach community could depend on. She bolstered inventory, added thousands of items and modernized the computer system. She did a total re-inventory of the store and completely overhauled the pricing structure. She also added niche items she knew her customers would find useful.

Newton was only 25 years old when she took over Bay Hardware. She says the new responsibilities pushed her to work hard to prove herself to employees and customers. After only one year, she transformed the struggling hardware store into one that was voted best hardware store in Orange County in 2010. Sales shot up by $100,000 her first year, customer count rose and margins increased. Sales at the Seal Beach store are now over $1.4 million, representing a 65 percent increase under Newton’s management.

In 2013, Diana and her family decided to purchase Lunada Bay Hardware in Palos Verdes Estates, California. The store was in poor shape when she acquired it, but she dove in to achieve another successful retail turnaround.

Her first steps were to install a computer system and get an accurate inventory count. Then, she completely filled the understocked shelves. Newton revamped the fastener section by adding 3,000 new SKUs and she brought in a new line of paint. She brought in modernized fixtures and completely rearranged the store layout to improve the customer experience. Sales at the store tripled within the first two years and continue to climb steadily.

From the beginning, Newton immersed herself and her businesses into her tight-knit community. She’s served as secretary and president of the Seal Beach Chamber of Commerce, and is a member and former director of the Seal Beach Lions Club. She also founded a local Business Network International chapter. Additionally, Newton and her team donate supplies and time to many organizations in both Seal Beach and Palos Verdes Estates.

As marketing and research coordinator, it’s Hilary’s duty to keep retailers informed about NRHA products and services and to help coordinate industry research projects. Additionally, Hilary is the voice behind NRHA’s and Hardware Retailing’s social media accounts. She appreciates a good book, spicy food, well-made horror films, craft beer and exploring new places near and far.
Previous 2018 Young Retailer of the Year: Nate Ludwig
Next Check Out Some of the Oldest Stores in America

The 2023 National Hardware Show (NHS) opened to a bustling crowd of retailers, vendors and …