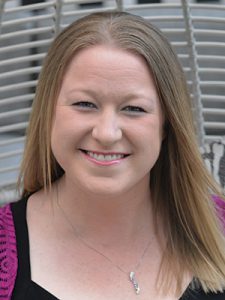 “It isn’t easy to keep small-town America thriving, especially with big-box stores and e-commerce so readily available, but what we offer is so much more than that: exceptional customer service, industry expertise and a familiar face.

Megan Zarbano may have only been 23 years old when she purchased a hardware store in Valley City, North Dakota. But in the nearly 10 years since the purchase, she’s shown that even at a young age, she has the talent to build a strong business.

Zarbano’s family operated a pharmacy, so she had spent many hours working alongside her parents, learning the ins and outs of retail. But when she was a 16-year-old high school student, her parents encouraged her to find some experience outside the family business.

They helped her find a job at a local hardware store. Within two weeks of working for the business, she was closing the store with her own set of keys.

Zarbano worked at the store through college, and later in her senior year, a severe illness prevented the store’s owner from participating much in the business. Zarbano began running the store herself, despite not having much operational training. It wasn’t long after that the store’s owner decided to retire and offered to sell the business to Zarbano. In January 2009, just a few days after turning 23 and less than a year after graduating from college, Zarbano and her husband Tony purchased the business and renamed it Handy Hardware & Rental.

The store’s former owner had recently completed a store remodel and expansion, but it wasn’t long before Zarbano needed more room for merchandise. In 2011, she expanded the building again and reset the aisles to make the store easier to shop. The paint department greatly benefited from the redesign. The company now ranks No. 4 among all of United Hardware’s Valspar paint sales.

The reset proved to be a very profitable move. Average sales have been up significantly since their reset. Zarbano has continued to increase sales by developing innovative niches and through strengthening her core categories.

Zarbano also makes community involvement a priority. Through her Rotary Club activities, she has helped with several community fundraisers. As the mother of two young children, she encourages programs that will benefit youth and literacy.

She’s currently involved in securing and administering a grant for her area that will fund the purchase and distribution of a Rotary Club book designed to teach ethics to children.

Jesse Carleton has visited independent hardware retailers, conducted original research on the industry and written extensively about the business of hardware retailing. Jesse has written for more than a dozen of NRHA’s contract publishing titles, all related to the hardware retailing industry. He also was instrumental in developing the Basic Training in Hardware Retailing courses now used by thousands of retailers across the country.
Previous 2018 Young Retailer of the Year: Ronna Kilts
Next 2018 Young Retailer of the Year: Byron Clouse 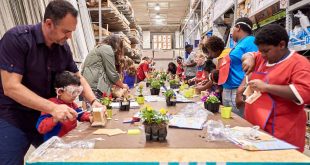 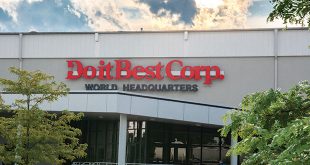 Do it Best Corp. to Relocate Headquarters in Fort Wayne

Do it Best Corp. announced its intentions to relocate its world headquarters to the site …