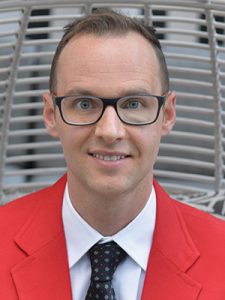 “There’s a sense of pride ingrained in the history of this business that puts serving customers above all else. There’s no such thing as an insignificant detail.”

Mike Wilson started working for his family’s business, Wilson’s Home Hardware Building Centre, in 2008. In 2012, he took over day-to-day operations as general manager. In 2014, he became the fourth generation to lead the 94-year-old company when he became a co-owner as part of a formal succession plan. Since then, the company has grown by leaps and bounds.

Wilson is highly in tune with his community’s needs, and in addition to offering traditional categories, he maintains many niches to make his store a one-stop shop. These categories include a fresh flower shop, a Bell cellphone store, flooring installation services, a complete garden center, a home furniture shop, a trophy and engraving service and a heating department.

In addition to offering customers the products they need, he understands the importance of authentically connecting and engaging with customers. He has led his team in implementing a Facebook marketing strategy. The company also hosts several annual events and sales.

In only a few years, Wilson has established himself as a true leader of his 65-person team. As many of his established managers retire, he’s hired almost an entirely new management team. He has developed high standards for his employees to maintain a focused and detail-oriented staff prepared to serve customers. Wilson prides himself on fostering a healthy workplace, and he implements fun initiatives like his “Person of the Week” program, regular sales incentive contests, performance bonuses, exciting staff functions and more.

Wilson brings a high level of energy and ambition to the business. He’s willing to work hard and holds himself to the same high standards he sets for employees.

Wilson’s hard work and dedication has paid off. Top-line sales have increased every year since 2012.

In addition to serving his community’s home improvement needs, Wilson and his staff give back to many causes and organizations. They support the local chamber of commerce, the fire department, the Salvation Army, local schools and many more organizations.