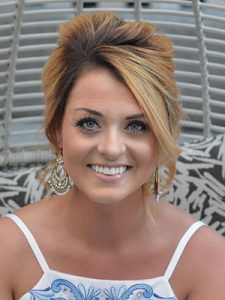 “My roots run deep, not only in the business but in the community as well. I think it’s important for customers to know we’re involved in their schools and their lives.”

Ronna Kilts has deep roots in the hardware retailing industry, having grown up helping her parents in the business her grandparents started in 1963. It’s little surprise that, at the age of 25, she practically runs the back office of her parents’ store, Mattson’s True Value Hardware in Howard City, Michigan. She has already implemented major changes that will impact the future of the business.

Earlier this year, Kilts directed a complete store remodel that included reorganizing departments, resetting merchandise and remodeling the store’s interior. Through it all, Kilts had to deal with a tight budget and many other demands on her time. In addition to working at the hardware store, she works part time as a cosmetologist at a local beauty salon. She also handles the bookkeeping for her brother, Ricky, who operates a party rental business. On top of it all, she’s finishing up her master’s degree in business administration.

Despite her busy schedule, Kilts handled the remodel deftly. Mattson’s True Value Hardware has a large craft department and one of her goals was to encourage customers shopping the craft side of the business to visit the hardware side, and vice versa. To do that, she drew up a plan for reorganizing the layout of the salesfloor. By making the merchandising in certain areas more efficient, she was able to increase the number of products the store carried.

After carefully planning each facet of the remodel, she then became a tireless cheerleader to get the staff on board to help with all the work that needed to be done. Kilts and her staff painted the entire store, installed new checkout counters and reset merchandise. She also expanded the store’s fasteners department, one of its most popular areas, and improved the presentation of the craft area and lawn and garden department. In addition, she began implementing a new inventory control process to improve the store’s efficiency and profitability.

Kilts has put her organizing skills to work in the community, too. In 2016, she and her brother organized a buck pole contest, where local hunters compete for prizes during deer hunting season. The event has continued to grow and now has the participation of 20 local businesses. Kilts applied for and received a grant from True Value’s Painting a Brighter Future program. Through the grant,  Tri County Area Schools, a local school district, received 40 gallons of free paint to be used toward any project of their choosing.

Jesse Carleton has visited independent hardware retailers, conducted original research on the industry and written extensively about the business of hardware retailing. Jesse has written for more than a dozen of NRHA’s contract publishing titles, all related to the hardware retailing industry. He also was instrumental in developing the Basic Training in Hardware Retailing courses now used by thousands of retailers across the country.
Previous 2018 Young Retailer of the Year: Mike Wilson
Next 2018 Young Retailer of the Year: Megan Zarbano