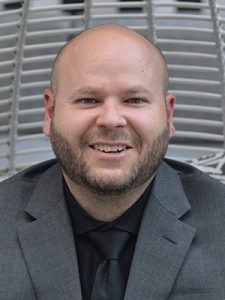 “I understand the challenges that small family businesses face while transitioning from generation to generation, and I’m determined to continue the tradition and legacy of the company.”

Sean Angelo began his career as a plumber, a trade he learned growing up in his grandfather’s plumbing business. In 2008, Angelo’s father-in-law, Butch Vernon, approached him about working for the family business, which has operated since 1984. Angelo started as a buyer. As he gained experience, he took on additional responsibilities. In 2011, he was promoted to general manager, and now he oversees the entire operation.

Since his first day on the job, Angelo has remained dedicated to serving his community, successfully running the business and leading his team effectively.

In 2013, Angelo worked closely with company stakeholders, including his wife Vernetta and his in-laws Bev and Butch Vernon, to revitalize the business after a flood caused significant damage. He considers this to be one of his greatest career achievements as a retailer, as he played a large role in creating and implementing a five-year strategy to rebrand, remerchandise and reset the store after the disaster.

The process included changing the company’s name from Budget Home Center to Budget Home Supply. Angelo led the company in updating the business logo and shifted its focus to better serve pro customers. Additionally, he helped coordinate capital improvements, including updating the bathrooms, lighting and flooring in the store to make it a more welcoming environment for shoppers.

The plan Angelo helped create and implement has resulted in an 82 percent increase in sales so far.

As part of his plan, Angelo also began new initiatives to grow business with custom deck builders. Among that customer demographic, sales are up 450 percent over the past few years.

Angelo prides himself on always keeping inventory fresh and staying current with industry trends. As a2018 Young Retailer of the Year honoree, he looks forward to bettering the business for years to come.

In addition to continuously improving his business and providing the highest quality service to customers, Angelo values giving back to the community and ensures that Budget Home Supply stays involved in community outreach programs.

The company holds an annual Deck Trade Show, Ladies in the Lumberyard event, a golf tournament and a Customer Appreciation Banquet. Angelo also leads Budget Home Supply in giving back to numerous organizations in his local community.