Home » Promotions » Cat, Flynn, Makes Himself at Home in Store 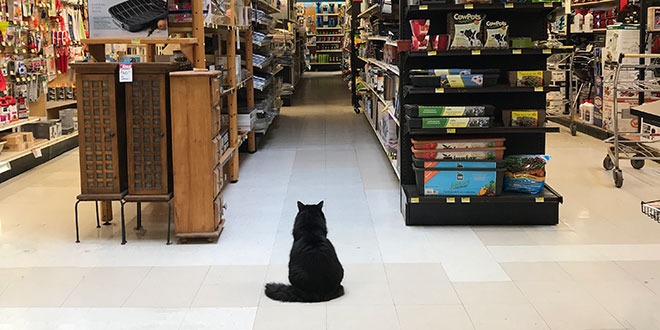 Cat, Flynn, Makes Himself at Home in Store

To help connect with customers and contain mice in the store, the owners of Kelly’s True Value Hardware in Newburyport, Massachusetts, adopted a feline employee.

The cat came to the store with the name JackKnife, but they changed his name to Flynn in honor of an employee named John Flynn who died.

“When we first got Flynn, the rescue told us to leave him in the office for two days to get him accustomed to his new home,” says vice president Lisa Kelly. “But when he got to our store, he made himself comfortable within an hour. He sauntered out to the salesfloor and plopped on the tile floor.”

Flynn is now a well-known figure in the aisles of Kelly’s. Customers come into the store specifically looking for him, and on sunny days, they usually find him enjoying sunshine coming in through the skylights. 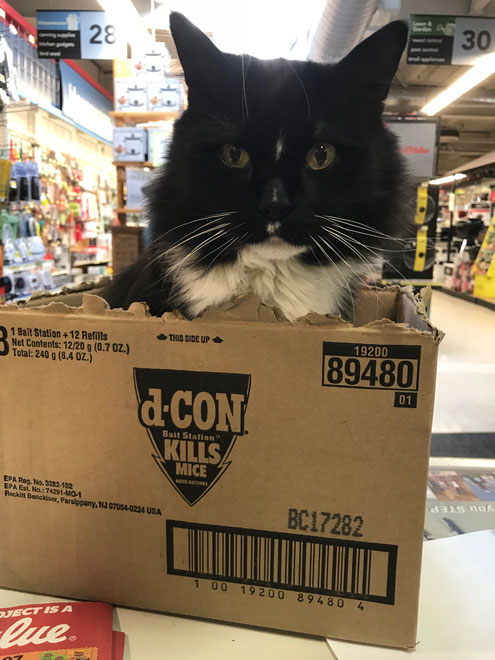 Because Flynn was such a popular part of the Kelly’s team for customers who visit the store, Lisa thought putting him on the company Facebook page would be another way to engage their base.

“People love Flynn in the store, so I sent pictures of him to our social media consultant,” Lisa says. “I also found a smartphone app that allows you to make it look like he’s talking, so we made videos of him sharing sales and specials. It’s a fun alternative for advertising since we’ve started cutting back on our print ads.”

The consultant developed the hashtag #FridaysWithFlynn, and customers now anticipate a post each week to see what Flynn is up to that day. Engagement on the company’s Facebook page increases every time he makes an appearance.

“Lisa saw how much Flynn was accepted by the customers the minute we got him. It’s become almost part of our trademark,” says president Pete Kelly, Lisa’s father. “Connecting with the community is how small retail keeps its foothold, and interestingly, Flynn has become a big part of that.”

Melanie is the communications and content manager for the North American Hardware and Paint Association. She joined the NHPA team in 2016 as an editor for Hardware Retailing and now helps lead the communications team to deliver relevant, timely content to the industry.
Previous Reciprocating Saw
Next Designer Cabinet Hardware