Home » Merchandising » A Unique Vision for Inventory: Tapping into the Art of Niches 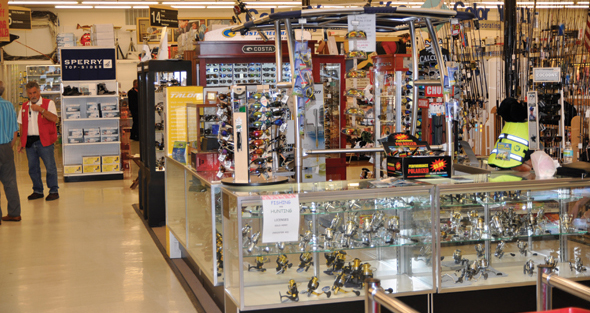 A Unique Vision for Inventory: Tapping into the Art of Niches

In Brevard County, there’s only one place you can buy a T-shirt, a pair of top-of-the-line sunglasses, holistic dog food and fishing lures all in one store without sacrificing service and quality. You might immediately think of Walmart or a specialty department store, but odds are you won’t get the service and product quality you could find at an independent retailer. That’s why residents in Titusville, Fla., turn to Ace Hardware.

When retailers think of niches, it’s not uncommon to limit ideas to hardware-related niches, offering niches should never endanger your core sales or jeopardize relationships with loyal customers. But as you’ll read in the following article, Bill Pastermack, owner of Ace Hardware of Titusville, demonstrates how profitable the niche game can be by adding traffic without sacrificing sales from your core hardware assortments. 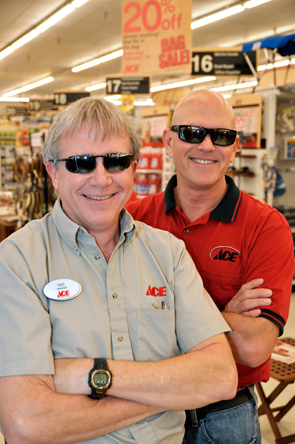 The second you meet Pastermack, you know you’re dealing with a different kind of retailer. An avid surfer, his idea of a board meeting is to hit the waves on a surfboard rather than sit around a table, but his laid-back attitude gives him a unique perspective on his store and the industry. He is willing to experiment in his business regularly. Pastermack’s out-of-the-box thinking has led him to venture into some of the most profitable niches.

“You’ve got to get people excited and talking, use word-of-mouth advertising to your advantage,” Pastermack says. “No one is out on the job site saying, ‘Hey man nice hammer, where’d you get that?’ but sunglasses, now those they ask about. When they hear a hardware store is selling them, they can’t help but be interested.”

Pastermack’s father started the family store in 1964, and today it is one of the oldest businesses still operating out of Titusville, a close-knit community that thrives off the nearby Kennedy Space Center. Since the store’s opening, the family has opened two additional stores—one in Cocoa Beach and the other in Cape Canaveral. Today, Pastermack has taken over the Titusville location while his sister and her husband run the other stores.

Pastermack started branching out into niche offerings when he took over the 12,000-square-foot Titusville store over 18 years ago. About five years ago, he made the decision to move the store down the street a mile to a new 28,000-square-foot facility. The new facility, originally a military wire harness-making factory, was remodeled and featured a 21,500-square-foot salesfloor, additional offices, a warehouse and room outside for an expanded lawn and garden center. The staff created brighter lighting, wider aisles and a better traffic flow in an effort to make the store more “shopable” and attractive to female consumers. The extra space also allowed Pastermack to start dabbling in some non-traditional niches.

This niche was born out of Pastermack’s personal love for fishing—a common way retailers initiate their most profitable niches. Pastermack began experimenting with fishing rods, lures and tackle with an 8-foot display at the original store, but as fishing began to pick up around the county and the store started getting a reputation for the quality gear, he decided to branch out deeper into the category.

If sales are an indicator, the decision has paid off. In 2010, sales were up 100 percent over 2009, according to Pastermack.

“One of the most important things when you’re building a niche is to be dominant in that category, so your customer doesn’t have to go anywhere else,” he says.

It’s safe to say that if you ever asked Pastermack, a laid-back, yet progressive guy, if he’d ever be in the fashion industry he’d probably laugh at you and say the only clothing he owns is his Ace uniform and a wetsuit. But being in a tourist area, Pastermack decided to try a few lines of casual T-shirts. The shirts were so popular with all his customers that Pastermack decided to go deeper into the fashion world with accessories such as hats and shoes.

“Since last year, we almost doubled our sales in clothing,” he says. “With 100-percent markup, we put these items toward the front of the store and they become essentially an impulse buy for our customers.”

To help support the fishing department, Pastermack decided to branch out into the marine category. Now fishermen and women who stop into the store can also pick up items for their boats at the same time they pick up their fishing gear.

While Pastermack is relatively fearless when it comes to trying a niche, he says if it doesn’t work you simply get rid of it.

“I’ve noticed with the recent economic conditions, a lot of my customers aren’t even fixing up their boats anymore, let alone investing in the gas it takes to go out on them,” says Pastermack. “But the key with a new niche is to recognize the market conditions and give the niche a fair shake. You have to give a niche a good year before you can really analyze its potential.”

Pastermack admits that when he bought four gun safes, the minimum required for free freight, because he wanted one for himself, he was worried.

“I honestly didn’t know if they would sell,” he confides. “I thought, what did I do!”

But now, a few years later, a gun safe still sits in the front of the store with a brightly colored price tag dangling off the front. Pastermack says by simply bringing the price down cheaper than what the customer sees on the Internet, he was able to sell 50 safes that first year.

Pastermack says that picking a niche involves a mix between his own interests, customer requests and hot trends in his market, but the key with niches is offering something no one else has. Below are a few tips from the guy who has strengthened his reputation for service with a broad range of niches.

Jaime Koch was the managing editor of Hardware Retailing Magazine. Jaime regularly traveled around the country and internationally to visit with retailers and share their stories. Jaime was honored by the American Society of Business Publishers for Editorial Excellence.
Previous New Young Retailers Have Big Plans for Their Small-Town Hardware Store
Next Making Sure the Price is Right 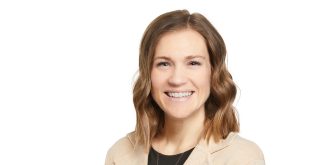 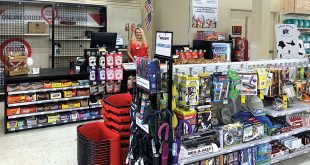