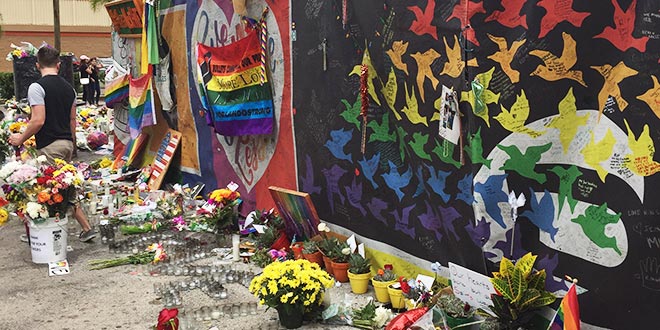 On the anniversary of the deadly Pulse nightclub shooting that unfolded just blocks from their store, the owner and employees of Toole’s Ace Hardware on South Orange Street in Orlando, Florida, banded together to support their community’s memorial event.

A year later, the store donated many supplies to the Orlando Love: Remembering Our Angels event, including Ace Hardware buckets to hold the scores of flower bouquets attendees brought, as well as tarps, duct tape, extension cords and manpower.

Walter Toole owns nine Toole’s Ace Hardware locations across Orlando and the surrounding area, and will always remember the shock of hearing news about the shooting. In the hours that followed, he encouraged his employees to show up for work and gave his stores’ managers full authority to help in any way they could.

“Our managers have been with us for a long time and a lot of our employees, too. They’re not rookies. I said, ‘It’s your store; do what you think is best,’” Toole says.

All employees at the South Orange Street location showed up the morning of the shooting, ready to help in any way they could. They decided to grill food using the store’s inventory of grills and distribute water to first responders, the media and members of the community who had gathered around the nightclub. The staff set up Ace Hardware tents normally used for grand openings and store celebrations to help police and medical teams organize their response.

The South Orange Street location never closed during the days that followed the shooting and Toole is proud that his business could continue to serve the community’s needs during that time.

“We kept normal hours. Plus, some people around there needed the things we sold,” Toole says.

The store owner remains proud of his employees and his community.

“Everybody was trying to do whatever they could for everybody else. That’s what’s kind of special about America and special about Orlando,” Toole says.

He encourages other hardware retailers who find their stores close to the scene of a tragedy to help however they’re able.

“Do what you think is right in your heart,” Toole says. “Not only for your business, but for your employees and your community, because it all comes back to you. Think about that first.”

Todd is trends editor for Hardware Retailing magazine. He graduated from Indiana University where he majored in journalism and French. Throughout his career, he has aimed to highlight small businesses and their community value. He joined NRHA in 2017.
Previous Bug Repellent
Next Handy Hardware Offers Tennessee Treasures