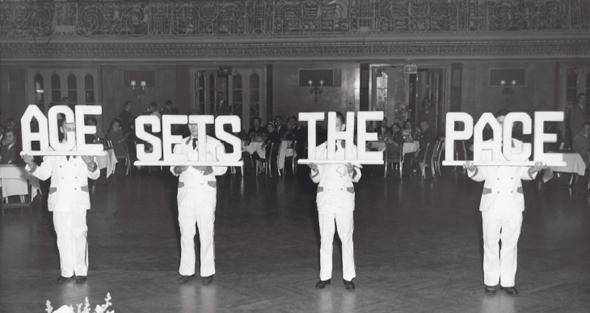 Ace Hardware is celebrating the organization’s 90th anniversary with a national promotional event. Founded in Chicago in 1924 by five independent hardware store owners, Richard Hesse, E. Gunnard Lindquist, Frank Burke, Oscar Fischer and William Stauber, these entrepreneurs made the decision to unite their hardware businesses to increase their collective buying power in the industry.

Today Ace Hardware has more than 4,850 hardware stores across the globe with approximately 100,000 retail associates. Ace retailers continue to be not just the local owners of their retail stores but the only shareholders of Ace Hardware Corporation.

“It’s a privilege to lead this great company; a company that has grown quite large but to this day is still comprised primarily of local, family businesses around the globe,” Ace Hardware President and CEO John Venhuizen said. “I believe our five founders would be exceedingly proud to see the small business success and servant hearts of Ace beating strong after all these years.”

“Ace is in the fortuitous position of having a clear strategy, unified purpose and shared values across the entire enterprise, all built upon the bedrock of our founders and their values.” Venhuizen said. “And while there are always plenty of things for which we will be productively paranoid, I’m quite convinced that our local Ace retailers have their brightest days ahead of them.”

Ace stores across the country will host a national promotional event April 2-7. The event will feature 20 percent off gallons of Clark+Kensington® paint+primer in one, special offers on a variety of lawn, garden and outdoor living items, as well as a selection of home maintenance items priced at 90 cents.

Amanda Bell was an assistant editor of Hardware Retailing and NRHA. Amanda regularly visited with home improvement retailers across the country and attended industry events and seminars. She earned a degree in magazine journalism from Ball State University and has received honors for her work for Hardware Retailing from the Association of Marketing and Communication Professionals.
Previous You’ve Got Mail: Try In-Store Mail Services
Next Bring in the Pros: Color Consultants Help Customers Find the Perfect Colors