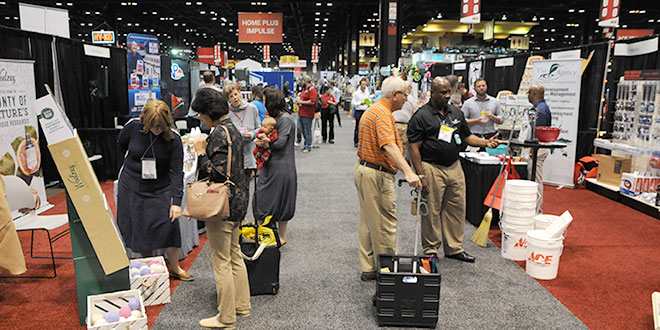 Ace Hardware CEO: ‘It’s Either Forward or It’s Lights Out’

The Ace Hardware 2017 Fall Convention began with both warnings and encouragement from the cooperative’s top executives.

Ace leaders spoke to retailers at the buying show’s general session, which started off the Aug. 17-19 convention in Chicago. 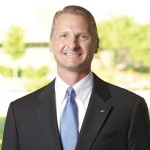 President and CEO John Venhuizen discussed the importance of asking key questions for the benefit of the future of each retailer’s business.

“It’s either forward or it’s lights out,” he says.

In 2016, the Ace retailers with the best performing stores got where they did due to intentional choices, effort and discipline, he says.

The following are the key questions Venhuizen told retailers they must ask:

“We have to have an irrational pursuit of amazing service,” he says.

Retailers should be willing to take business risks to compete, communicate with their employees to get them on board with their visions and instill important values in their staff, he says.

“Values are what you believe and culture is how you behave,” Venhuizen says. “We want to communicate that values matter more than profits.”

Business success may be measured in dollar amounts, but ambitious employees who fight for control at the cost of other workers should be fired as quickly as underperformers who don’t share a company’s values, he says.

Visiting comedian Michael Jr. closed the general session by advising retailers to consider carefully why they do what they do, and invest in the people in their communities.

Retailers’ default approach to people will be “What can I get?” rather than sincere, meaningful service if they can’t answer the “Why?” question, Michael Jr. told the crowd.

“It gets you more excited,” he says. “So you’re taking your feelings, your heart, back into your business and to your day to day.”

In addition to looking for inspiration, Acree and other retailers walked the buying show on the hunt for new products and ways to improve their profit margins.

Bill Becker, co-owner of G&M Ace Hardware in Rockville, Indiana, was looking for vendor booths to buy, lawn and garden products for spring and special prices on products.

Joann Staashlelm of S&S Hardware in New Albany, Indiana, was also searching for new products. She is planning to get Ace’s help redoing her store’s checkout area and impulse product displays.

“We’re looking at merchandising, meeting with sales reps and figuring out what we’re not selling and should be,” she says.

Kate is profiles editor for Hardware Retailing magazine. She reports on news and industry events and writes about retailers' unique contributions to the independent home improvement sector. She graduated from Cedarville University in her home state of Ohio, where she earned a bachelor's degree in English and minored in creative writing. She loves being an aunt, teaching writing to kids, running, reading, farm living and, as Walt Whitman says, traveling the open road, “healthy, free, the world before me.”
Previous Independent Garden Center Show Highlights Modern, Organic Trends
Next Grill-Top Pizza Oven