Home » Industry News » Ace Hardware on Getting ‘Faster Than Amazon’ 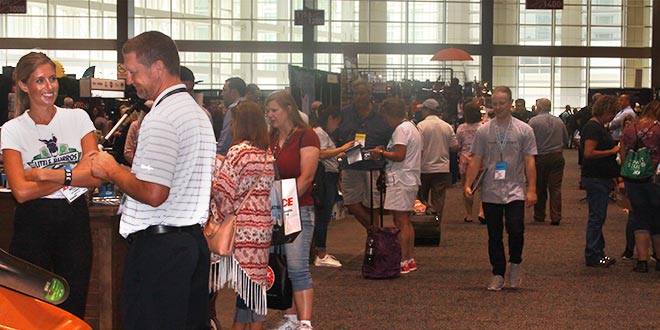 Ace Hardware on Getting ‘Faster Than Amazon’ 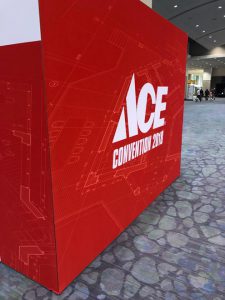 The Ace Hardware Fall 2018 Convention & Exhibits started Thursday with stories of retailers’ successes and generosity—and a promise from president and CEO John Venhuizen to improve the co-op’s logistics performance.

Venhuizen spoke at the convention’s general session, which kicked off the buying show that Ace retailers, vendors and corporate staff attended Aug. 16-18 in Chicago.

The co-op has had supply chain problems, and Ace is tackling those head-on, Venhuizen told the crowd of retailers.

Ace is currently expanding its distribution facilities and working with manufacturers to improve order fill rates and the speed of product delivery.

“While we will always be focused on retail, we will be your best wholesaler first,” Venhuizen says.

By the second quarter of 2019, 70 percent of existing Ace stores will have access to next-day product deliveries without order minimums, according to Venhuizen. The plan is to expand the next-day delivery option to all U.S. stores and provide retailers with a smartphone app that allows them to track their delivery trucks’ locations.

“Our goal is to be faster than Amazon,” Venhuizen says.

In the past, customers accepted waiting several days or longer for product deliveries, he told Hardware Retailing.

“We don’t believe it’s OK anymore,” he says. Rolling out next-day delivery is a “direct response to consumer demands.”

“I think if you’re able to turn deliveries around as quickly as Amazon, you’re getting in the game,” Hahn says.

During the general session, Venhuizen also emphasized that because the co-op works with multigenerational business owners, it plans with longevity always in mind instead of quick returns on investment.

He encouraged retailers not to be so critical that they destroy new ideas.

“The next-generation ideas almost never come from the previous generation,” he says. “What if we were a culture that didn’t ‘how?’ things to death but wowed them to life?”

The general session highlighted retailers whose generosity has made them particularly significant to their communities. For example, Whitmore Ace Hardware in Illinois collects prom dresses for local teenagers in memory of a young employee who died.

“We have got to have superior financial results,” Venhuizen says. “And we’ve got to remember it has to do with way, way more than money.”

“It was inspirational,” Kabat says. “I felt like John Venhuizen planted a flag over our business model.”

Vehnhuizen reinforced why the retailers operate their businesses for more reasons than money, they said.

Their companies operate to earn them their livelihoods, but also to provide places where employees can thrive and community needs are met through donations and fair business dealings.

“I’m a people person. I know what it means to care and to help,” Cianfaglione says.

They see the Ace buying shows as important for gaining inspiration for their businesses and connecting with other retailers, vendors and the Ace Hardware corporate staff.

“It’s like a family reunion,” Kabat says. “Face-to-face meetings are essential for getting a pulse on the industry. Each market is different, but we face the same challenges.”

“I think we’re hitting on something that’s very important—culture. Corporate culture and the culture of our stores,” Hahn says.

Valuing employee ideas and other contributions is significant for a business, he says. Workers who feel valued take pride in their jobs and are loyal for more reasons than pay.

In addition, the convention was an opportunity for Hahn to network and learn.

“Ace is a dialogue show,” he says.

Kate is profiles editor for Hardware Retailing magazine. She reports on news and industry events and writes about retailers' unique contributions to the independent home improvement sector. She graduated from Cedarville University in her home state of Ohio, where she earned a bachelor's degree in English and minored in creative writing. She loves being an aunt, teaching writing to kids, running, reading, farm living and, as Walt Whitman says, traveling the open road, “healthy, free, the world before me.”
Previous Sears CEO Makes Proposal to Buy Kenmore Brand
Next Sliding Door Hardware