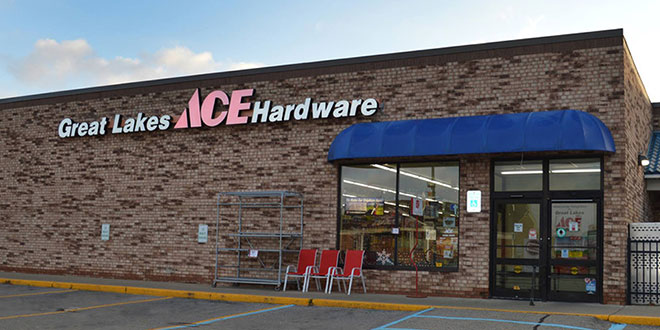 Ace Hardware Corp. confirmed May 22 that the co-op now has full ownership of the Great Lakes Ace Hardware chain.

The co-op’s first-quarter financial report says that Ace Hardware experienced revenue increases in early 2019, in part due to the acquisition of ACO Inc., the company that operates the 50 Great Lakes Ace Hardware stores in Ohio and Michigan.

Previously, Ace Hardware owned a 42 percent stake in the chain. The co-op purchased the final 58 percent in March, according to the financial report.

“ACO operates 50 stores under the name of Great Lakes Ace Hardware and contributed $6.1 million of revenue in the first quarter of 2019,” Ace Hardware reports.

Kate is profiles editor for Hardware Retailing magazine. She reports on news and industry events and writes about retailers' unique contributions to the independent home improvement sector. She graduated from Cedarville University in her home state of Ohio, where she earned a bachelor's degree in English and minored in creative writing. She loves being an aunt, teaching writing to kids, running, reading, farm living and, as Walt Whitman says, traveling the open road, “healthy, free, the world before me.”
Previous Pressurized Hose/Shower
Next Distribution America Retailers Follow Their Own Path