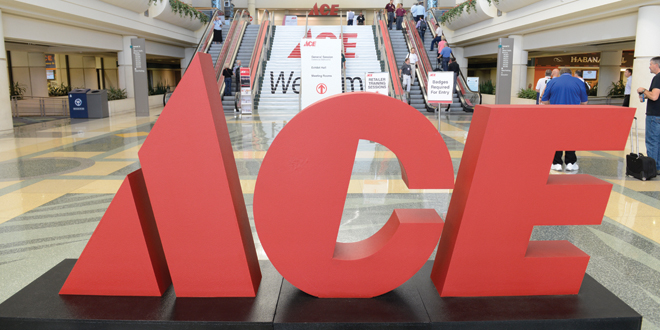 “Ace’s record second quarter revenues for the second consecutive year were a direct result of the hard and effective work of our great people and world class retailers,” says John Venhuizen, president and CEO of Ace Hardware Corp.  “While our net income declined from last year, we are still far ahead of our plan and believe the investments we are making are a significant driver of the impressive 4.6 percent increase in retail same-store-sales for the quarter.”

For the first half of 2015, retail same-store sales increased 6.5 percent, reported by the approximately 3,000 Ace retailers who share daily retail sales data.

Total wholesale revenues were $1.3 billion, an increase of $80.5 million, or 6.4 percent, as compared to the prior year quarter.  Increases were noted across almost all departments with outdoor living, electrical and lawn and garden showing the largest increases.  Excluding the nonrecurring revenues related to the rollout of the new Paint Studio equipment in 2014, wholesale revenues increased by $93.6 million, or 7.1 percent, in the second quarter of 2015 compared to the prior year.

Renee Changnon is the retail outreach coordinator for NRHA. She meets with retailers in their stores and at industry events and introduces them to the services NRHA provides. Renee previously worked as a member of the NRHA communications team. She earned a degree in visual journalism from Illinois State University, where she served as the features editor for the school newspaper. After college, she implemented marketing and promotions initiatives at Jimmy John’s franchise locations across the country. She enjoys exploring books with her book club, Netflix marathons and hosting goat yoga at her apartment complex. Renee Changnon 317-275-9442 rchangnon@nrha.org
Previous Home Depot’s Sales Rise in Q2
Next Lowe’s Reports Second Quarter Results