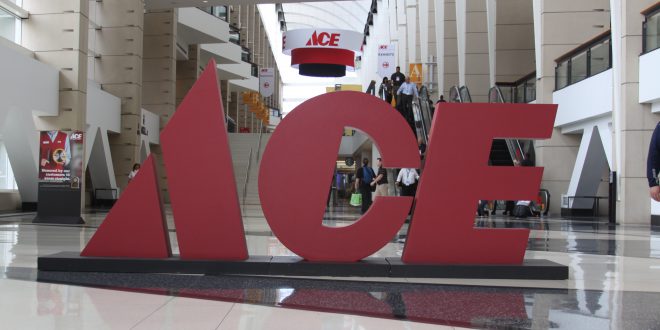 The home improvement cooperative saw fourth-quarter revenues of $1.3 billion, an increase of 6.8 percent from the same period in 2016, according to a Feb. 14 press release.

Total revenues for the year were $5.4 billion, an increase of 5.1 percent compared to the year prior, the co-op reports. In addition, U.S. same-store sales were up 3.1 percent during the fourth quarter and 3.6 percent for the full year due to increases in average transaction size.

Ace Hardware’s president and CEO John Venhuizen credits the positive results to new stores and the company’s purchase of The Grommet, which is an e-commerce startup that markets and sells new product innovations.

“New store growth, a 3.1 percent increase in same-store retail sales, along with revenues from our acquisition of The Grommet at the end of the last quarter, were the predominant drivers behind our strong 6.8 percent overall sales increase and record-setting fourth quarter revenue,” Venhuizen says.

These decreases include a charge of $4.1 million due to new tax legislation enacted in 2017, as well as increased warehouse costs incurred as part of the warehouse network reconfiguration, the company reports. Excluding these unbudgeted expenses, Ace Hardware’s net income for fiscal 2017 exceeded its 2017 plan, according to the company.

Renee Changnon is the retail outreach coordinator for NRHA. She meets with retailers in their stores and at industry events and introduces them to the services NRHA provides. Renee previously worked as a member of the NRHA communications team. She earned a degree in visual journalism from Illinois State University, where she served as the features editor for the school newspaper. After college, she implemented marketing and promotions initiatives at Jimmy John’s franchise locations across the country. She enjoys exploring books with her book club, Netflix marathons and hosting goat yoga at her apartment complex. Renee Changnon 317-275-9442 rchangnon@nrha.org
Previous Outdoor Smokers
Next Stud Finder