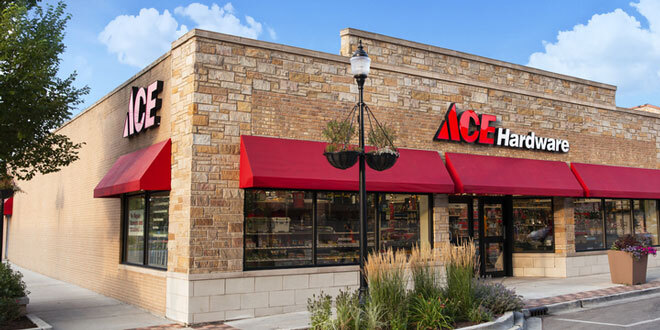 Ace Hardware to Open More Than 170 Stores This Year

Ace Hardware has already opened 130 new stores in 2022 and is planning to open at least an additional 40 stores in Q4 for more than 170 stores by the end of the year. Ace operates more than 5,600 locally owned hardware stores in all 50 states and 65 countries, with global sales topping $20 billion.

“With 130 new stores already opened for the year, we remain enthusiastically bullish about the continued prospect for new store growth,” says Ace Hardware president and CEO, John Venhuizen. “I applaud our local Ace owners for the pace with which they’ve integrated our digital efforts with our physical assets. 70% of acehardware.com orders are picked up in store, and 20% are delivered to customers by our own red-vested heroes, thus further advancing the relevance and necessity of our neighborhood stores.”

Globally, along with the 170 stores it plans to open this year, Ace has opened more than 900 stores in the past five years while disbursing dividends of $314 million and providing a 43% return for Ace shareholders in 2021.

Lindsey joined the NHPA staff in 2021 as an associate editor for Hardware Retailing magazine. A native of Ohio, Lindsey earned a B.S. in journalism and minors in business and sociology from Ohio University. She loves spending time with her husband, two kids, two cats and one dog, as well as doing DIY projects around the house, going to concerts, boating and cheering on the Cleveland Indians.
Previous Mead Lumber Purchases Teague Lumber Co.
Next New and Existing Housing Sales Drop in September