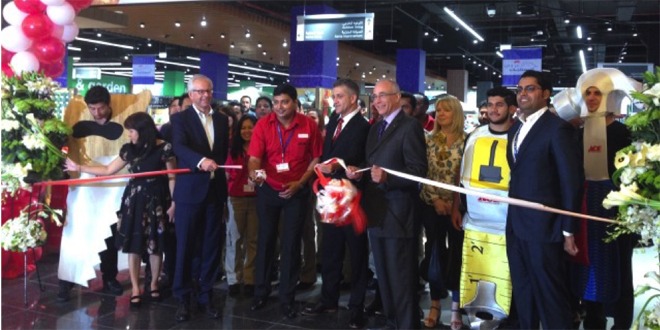 An Ace store opened recently in a mall in the United Arab Emirates' capital city of Abu Dhabi.

An Ace International retailer plans to open two new stores in Dubai, an area where the hardware co-op has invested in a distribution center and is refocusing some of its international growth.

The Ace franchisee hasn’t released a timeframe for when the stores will open, but the new locations will bring the company’s store count in the United Arab Emirates up to eight.

As part of the growth in UAE, an Ace store opened in April in a mall in the capital city of Abu Dhabi.

Ace Hardware Corporation, which is headquartered in Oak Brook, Illinois, has had some setbacks in its international division, with retail sales dipping about 9 percent in 2014. In contrast, retail sales in the U.S. went up by approximately 10 percent.

The company is making changes in the international division, refocusing to use some of the skill and scale that have been successful in the U.S., Venhuizen says. As part of the refocus, the company is investing in Dubai and also in Shanghai.

Kate is profiles editor for Hardware Retailing magazine. She reports on news and industry events and writes about retailers' unique contributions to the independent home improvement sector. She graduated from Cedarville University in her home state of Ohio, where she earned a bachelor's degree in English and minored in creative writing. She loves being an aunt, teaching writing to kids, running, reading, farm living and, as Walt Whitman says, traveling the open road, “healthy, free, the world before me.”
Previous The Home Depot Reports Q1 Sales Growth
Next Displaying Good Scents: Using Fragrance to Give Product Displays Extra Pop