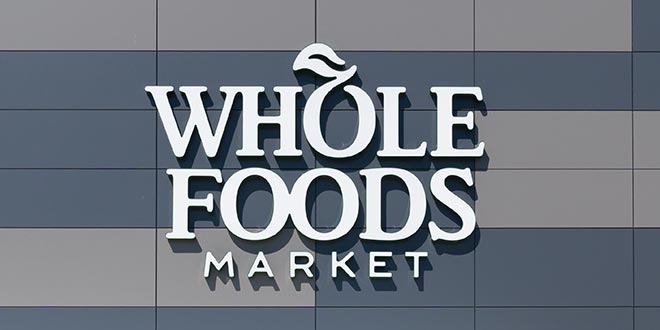 On June 16, Amazon announced it would be acquiring the high-end grocery chain Whole Foods Market for $13.7 billion, reports The Wall Street Journal.

The acquisition gives the online retailer a network of more than 460 stores “that could serve as beachheads for in-store pickup and its distribution network. It would make Amazon an overnight heavyweight in the all-important grocery business, a major spending segment in which it has struggled to gain a foothold because consumers still largely prefer to shop for food in stores,” The Wall Street Journal article says.

However, the e-commerce giant’s decision to acquire Whole Foods is not just about gaining the grocer’s affluent customer base—the “value of the deal is in all of that customer data,” reports CNBC.

Additionally, Kenneth Sanford, adjunct professor at Boston College, tells CNBC that “one of Amazon’s goals should be to combine data it already collects from its online platforms, Echo and Alexa, with Whole Foods’ customer transaction data.”

Through this, Amazon would essentially be able to create a personalized “auto grocery” experience, where the company will be able to predict when something has run out in the kitchen and needs to be restocked.

While the customer experience has been an area of interest, Forbes reports that many experts are suggesting that the grocery supply chain is a main reason for Amazon’s decision to buy Whole Foods.

In the Forbes article, some suggest that the focus is on the “cold chain,” which consists of perishables like produce, fresh fish and dairy. However, others suggest the company may be interested in reinventing the Whole Foods supply chain.

“It’s possible that Amazon is making a strategic error with the Whole Foods acquisition, and it is certainly taking some risks—but for Jeff Bezos and his team, the game isn’t a crap shoot. It’s a game of chess, and Amazon is thinking three moves ahead,” Jason Bloomberg, president of industry analyst firm Intellyx says in the Forbes article.

Renee Changnon is the retail outreach coordinator for NRHA. She meets with retailers in their stores and at industry events and introduces them to the services NRHA provides. Renee previously worked as a member of the NRHA communications team. She earned a degree in visual journalism from Illinois State University, where she served as the features editor for the school newspaper. After college, she implemented marketing and promotions initiatives at Jimmy John’s franchise locations across the country. She enjoys exploring books with her book club, Netflix marathons and hosting goat yoga at her apartment complex. Renee Changnon 317-275-9442 rchangnon@nrha.org
Previous Former Home Depot CEO: Don’t Get Complacent
Next Quarter 1 Economic Indicators Show Upswing