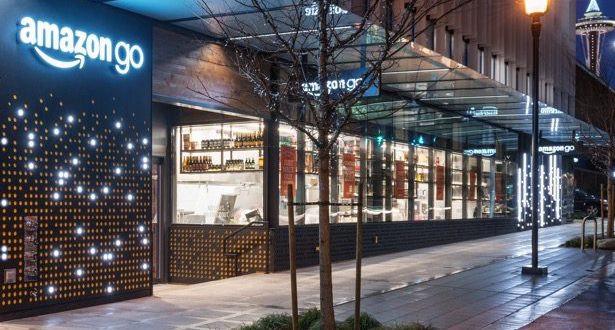 The 1,800-square-foot grocery store, called Amazon Go, operates without cashiers and registers, and the e-commerce giant says that customers won’t have to wait in line to pay for their purchases, according to CNBC.

Instead, Amazon Go uses a feature it calls “Just Walk Out Shopping” technology, which allows customers to enter the store, scan their Amazon Go app on sensors near the entrance, collect the products they need and walk out, with their purchases billed directly to their Amazon account.

Currently, Department of Labor records show that 3.5 million Americans work as cashiers, with 900,000 of those positions in grocery stores, CNBC reports.

“We asked ourselves: what if we could create a shopping experience with no lines and no checkout? Could we push the boundaries of computer vision and machine learning to create a store where customers could simply take what they want and go? Our answer to those questions is Amazon Go and Just Walk Out Shopping,” the retailer says in a press release.

CNBC reports that Amazon does not currently have plans to expand its no-cashier store model to Whole Foods, the high-end grocery chain, which it announced it would buy for $13.7 billion in June 2017.

Amazon Go was first announced in 2016, but technical issues forced Amazon to postpone the official public opening date by nearly a year to January 2018.

Todd is trends editor for Hardware Retailing magazine. He graduated from Indiana University where he majored in journalism and French. Throughout his career, he has aimed to highlight small businesses and their community value. He joined NRHA in 2017.
Previous Planning for Shoppers’ Impulse Snack Buys
Next Decorative Hooks