Home » Industry News » Amazon May Open Up to 3,000 Brick-and-Mortar Locations 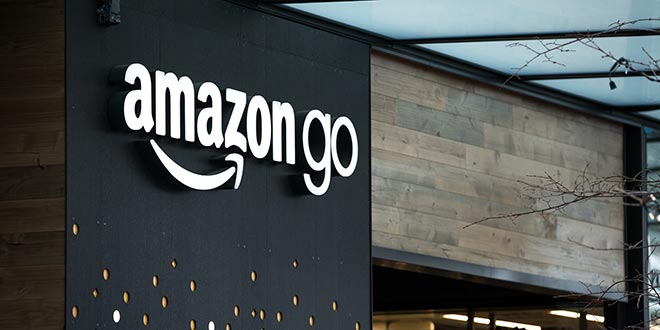 Amazon May Open Up to 3,000 Brick-and-Mortar Locations

Amazon may be expanding Amazon Go, the company’s brick-and-mortar convenience store concept, to as many as 3,000 new locations by 2021, according to Bloomberg.

The aggressive and costly expansion would threaten chains like 7-Eleven, quick-service sandwich shops like Subway and Panera Bread, and mom-and-pop pizzerias and taco trucks, according to Bloomberg.

Sources close to the topic told Bloomberg that CEO Jeff Bezos “sees eliminating meal-time logjams in busy cities as the best way for Amazon to reinvent the brick-and-mortar shopping experience, where most spending still occurs.”

However, Bezos is weighing the best options. The new locations could be either a convenience store with fresh prepared foods and a limited grocery selection or a place for people to pick up a quick bite to eat, similar to the U.K.-based chain Pret a Manger, Bloomberg reports.

The company opened its first Amazon Go location in Seattle in 2016, according to Hardware Retailing, and since then, it has announced two additional sites in Seattle and one in Chicago. Shoppers use a smartphone app to enter the store and can then shop and later exit the store without stopping at a cash register.

“The company is considering plans to have about 10 locations open by the end of this year, about 50 locations in major metro areas in 2019, and then as many as 3,000 by 2021,” those close to the internal planning shared with Bloomberg.

Renee Changnon is the retail outreach coordinator for NRHA. She meets with retailers in their stores and at industry events and introduces them to the services NRHA provides. Renee previously worked as a member of the NRHA communications team. She earned a degree in visual journalism from Illinois State University, where she served as the features editor for the school newspaper. After college, she implemented marketing and promotions initiatives at Jimmy John’s franchise locations across the country. She enjoys exploring books with her book club, Netflix marathons and hosting goat yoga at her apartment complex. Renee Changnon 317-275-9442 rchangnon@nrha.org
Previous 10 Ways to Use NRHA Research to Improve Your Business
Next 10 Ways to Beat Amazon at Retail