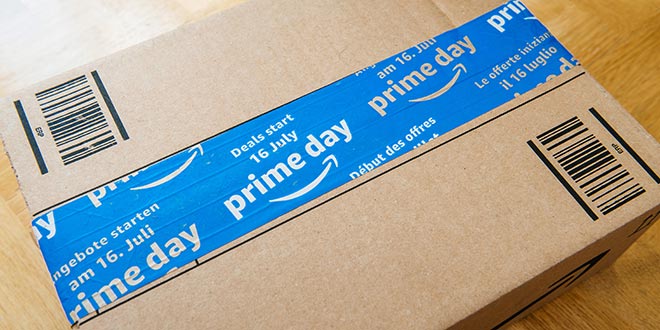 For the fourth year in a row, Amazon broke records on its company-invented shopping holiday, Amazon Prime Day.

Although the online shopping event was bugged by an early glitch that prevented shoppers from accessing the website, “shoppers spent an estimated $4.2 billion…up 33 percent from a year ago,” according to estimates from Wedbush Securities Inc. that were provided to Bloomberg.

In addition to Amazon smart home devices, the top-selling items in the U.S. were the Instant Pot 6 qt 7-in-1 Multi Use; 23 and Me DNA Test; and the LifeStraw Personal Water Filter, Amazon reports.

“Prime Day offers us a unique opportunity to thank Prime members with our best deals,” says Jeff Wilke, CEO worldwide consumer for Amazon. “Extending Prime Day to a day and a half this year allowed us to further reward members with unbeatable deals, access to exclusive new products and unforgettable experiences that highlight the many benefits of a Prime membership.”

On July 26, the company announced financial results for its second quarter, with sales up 39 percent to $52.9 billion, Amazon reports.

Renee Changnon is the retail outreach coordinator for NRHA. She meets with retailers in their stores and at industry events and introduces them to the services NRHA provides. Renee previously worked as a member of the NRHA communications team. She earned a degree in visual journalism from Illinois State University, where she served as the features editor for the school newspaper. After college, she implemented marketing and promotions initiatives at Jimmy John’s franchise locations across the country. She enjoys exploring books with her book club, Netflix marathons and hosting goat yoga at her apartment complex. Renee Changnon 317-275-9442 rchangnon@nrha.org
Previous Winning Customers in a Price-Conscious Culture
Next Accounting 101 for Retail Business Owners