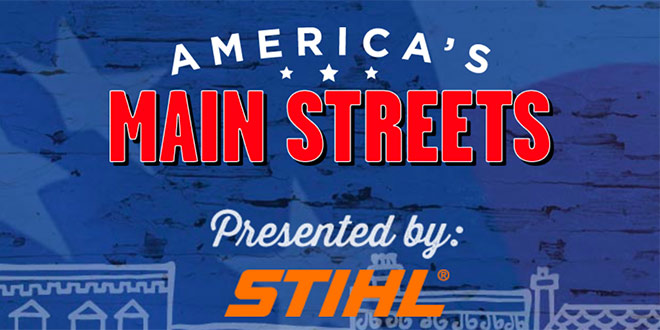 Independent We Stand invites the public to nominate its favorite Main Street shopping locations across the country. Whether it’s a retail venue that’s making a comeback or a shopping destination that never lost its power to draw customers, the America’s Main Streets contest hopes to highlight main streets that honor this year’s theme of “Local Memories. Lasting Impact.”

Nominations for America’s Main Streets are open until April 22. The winner will be announced June 4, and one month later on Independence Day, the winner will announce how they are planning to spend the $25,000 grand prize at the “Main Streets Make Us Better” event.

The America’s Main Streets contest is sponsored in part by STIHL Inc., which is also awarding the contest winner with gift certificates for STIHL products.

In addition to the America’s Main Streets contest, Independent We Stand is also hitting the road to honor local businesses across the country. Starting March 12, Independent We Stand will visit five iconic Main Street venues in five states all in the span of five days. Follow the North American Retail Hardware Association on Facebook and Instagram to ride along.

Todd is trends editor for Hardware Retailing magazine. He graduated from Indiana University where he majored in journalism and French. Throughout his career, he has aimed to highlight small businesses and their community value. He joined NRHA in 2017.
Previous Prepare for Customers’ Needs in Paint and Sundries
Next Iowa Business Uses Expansion to Widen Audience, Create Retail Destination