Home » Operations » An Inside Look at Outside Sales 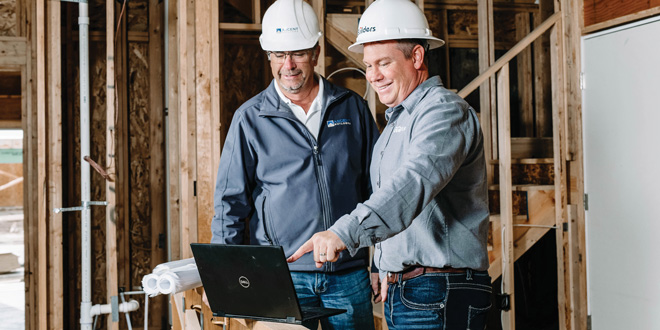 An Inside Look at Outside Sales

Setting up an outside sales program can open up a whole new stream of revenue for your business. There’s a set of customers out there who will reward you with long-term, consistent sales if you can cater to their unique needs with personalized attention.

For many independent retailers, outside sales is on the list of initiatives they’ve tried once but had a hard time getting to work. While it may sound like a good idea on paper, it’s often difficult to create an effective and sustainable program.

Hardware Retailing spoke with leaders who have established a track record of managing successful outside sales programs. They discuss how to decide if outside sales is the right fit for your business and offer tips to help you get started.

Regardless of the size of your operation, you can use these basic principles to set up your own outside sales force.

Is outside sales right for my business?
The success of your outside sales staff will hinge on how willing you are to invest your time and resources into making it succeed. You can’t just start the program and expect it to run on its own. Rather, company leaders need to be actively involved in spending time with the sales staff and listening to their needs, especially in the first years of launching a sales program.

Bill Baldwin runs B2B Consulting Solutions, advising retailers how to successfully build their business-to-business sales. Currently, he is advising Toole’s Ace Hardware, with 11 locations in Florida, and commercial sales is one of the fastest growing segments of the company. He has worked with dozens of retail groups across the country and one common mistake he sees is leaders who are not willing to spend adequate time with their sales staff.

“The owner has to be engaged, and the culture in the business has to be built around helping that outside salesperson thrive,” says Baldwin.

“Toole’s Ace has been successful at B2B sales because the owner has been very supportive and engaged in the commercial sales department,” he says. “If you have an owner who is not invested or not willing to dedicate time to your sales team, they aren’t going to be successful.”

Outside sales staff must know they have the support of the management team and ownership, who need to understand the challenges of the sales team and be willing to invest in solutions.

As you determine if outside sales is right for your operation, focus your vision and goals for the program. Identify the departments you want to grow, your target market and the types of customers you are best able to serve. Also, make sure you are willing to make the investment to support your sales team, because an outside sales team cannot do its job alone. The entire team inside the store has to be involved.

Every employee needs to understand their role in supporting outside sales by identifying and gathering leads for sales reps, says Baldwin. An inside sales team needs to be available to manage logistical aspects of the account, such as gathering pricing data, scheduling deliveries, creating orders and generating POs. This will free the outside sales rep to nurture relationships with existing customers and call on prospective ones.

Chad Andersen is vice president of Builders, which includes two home improvement centers in Nebraska, a lumberyard in Denver and countertop and truss manufacturing facilities. The outside sales team has been critical to the operation’s growth. In addition to his management role at the company, Andersen is on the sales team at the company’s Denver location.

“I have four inside sales reps who back me up,” he says. “I sell the job, but the inside salesperson manages a lot of the details from there. This frees me up to be a better resource for our customers so their jobs can go smoother.”

Finally, if you want to make your sales staff look professional, give them the tools they need, whether it’s a laptop, phone or branded delivery vehicle. Each tool helps them create a good impression and makes the customer’s life easier. For example, at Toole’s Ace, outside sales staff have laptops with POS capability so they can view inventory and process a customer’s order wherever they are, saving the customer time.

Who do I hire for a sales team?
“If you have a stack of resumes and none of them seem to be the right fit, then start a new stack,” says Baldwin. “It’s easier to train a new salesperson than to retrain a customer to work with a new rep.”

Don’t rush the hiring process. It’s better to wait until you get the right person than to hire someone to fill a spot only to find out they aren’t a good fit. If you keep changing the sales rep you’re sending to your customers, they could get frustrated and wonder about the stability of your business.

Baldwin recommends a multistage interview process that involves several different people from the company. Include at least one company executive in the interview. Besides wanting to get their take on the candidate, you want to see how the interviewee responds to the added pressure of having a higher level executive in the room.

“It’s likely the salesperson is going to be presenting to people at all levels of a company,” he says. “We’re looking for a person who can strike up a conversation with a complete stranger and carry a conversation as if they’ve known them for 20 years.”

In addition to an outgoing attitude and good people skills, Andersen looks for three qualities in a candidate.

“To be an effective outside salesperson, you need to have a positive attitude, a good work ethic and be willing to learn,” he says. “If you have those qualities, then I can teach you to do your job.”

Dave Hoglund is another vice president at Builders’ Kearney, Nebraska, location, where he works alongside a team of about 20 salespeople. He adds that an outside salesperson needs to have an entrepreneurial mindset.

“They need to operate as if they are running their own little business,” he says.

5 Tips for the Hiring Process

What should I pay them?
“We have the philosophy that the salesperson should be the highest paid person in the company,” Hoglund says.

There are many different variations in the way retailers pay their outside sales staff, but it’s usually a combination of a base pay plus incentives.

Salespeople tend to hate selling on straight commission, says Baldwin, because it comes with a lot of pressure to sell. Instead, give them the security of a living wage as a base pay and then offer additional incentives based on how much they sell. Baldwin begins with calculating the overhead cost it takes to have a salesperson on the road. He then offers a percentage of any sales over that cost as a commission.

Builders also follows a base-pay-plus-commission model, where commission is based on gross margin of a sales rep’s sales. But Hoglund adds in a twist. The inside sales team shares a portion of the commission earned with the outside salesperson they support.

“All of the inside salespeople want to have some skin in the game, and we want them to have an incentive to do their best at account management,” he says. “Giving them a commission has helped make the entire team stronger.”

Essentially, creating a pay structure that shifts the focus off making the sale allows outside salespeople to focus on what matters most: creating a relationship with a customer. While it may be tempting to look for the biggest sale, that approach is often done at the expense of creating a long-term customer. A better approach is cultivating relationships that will pay consistent dividends over time.

How do I train them?
At both Builders and Toole’s Ace, the training process for an outside salesperson depends on the person’s experience. If you’re promoting a salesperson from within the company, pair them with an existing outside sales representative as a mentor for a few weeks.

Baldwin says that if he moves someone to outside sales from another part of the company, then that person already has a systemic knowledge of the company. He pairs them up with other members of the sales team to ride along on sales calls. If the hire is from outside the company, Baldwin puts them inside the store for as long as 90 days so they can learn how the retail side operates and get to know associates on the salesfloor.

“In order to be an effective outside salesperson, you need to learn the store and all relevant processes,” he says. “You also need to build relationships with other employees. A company’s success is all about culture. Build the trust and rapport with the associates because they are the ones who will be finding a lot of the leads for you.”

At Builders, a new hire may spend as long as a year in the retail space before moving to an outside sales position.

“Starting on the inside makes them well-rounded. They need to learn all of our systems and fill out their product knowledge,” Hoglund says. “They also need to learn the nuances of what each customer needs. When we promote them to outside sales, they start off working closely with a sales manager.”

How do I manage an outside sales team?
An outside salesperson will want to be an advocate for the customer, as they should be, but also make sure they are an advocate for your business. Be clear as you’re setting the boundaries of what they can and can’t promise a customer. It’s good to go the extra mile for your customers, but make sure you are also keeping the best interests of the business in mind.

Outside salespeople should be self-motivated and self-directed, so managers should focus on overall accountability. Give them the support they need while keeping track of their overall progress. Baldwin prints sales reports twice daily to show key performance indicators, such as transactions and running margin.

“It’s easier to react daily than at the end of the month to negative trends,” he says. “You want to address bad days early and it also creates a competitive environment among the team when you’re always looking at sales numbers.”

Baldwin’s position as a sales consultant is also a support role that involves coaching and mentoring.

“I travel with a different sales rep every week,” he says. “That allows me to offer an outside perspective on ways they could better help their customer.”

Bonus Advice
After reading this article, get more expert advice on building a successful outside sales program here.

Jesse Carleton has visited independent hardware retailers, conducted original research on the industry and written extensively about the business of hardware retailing. Jesse has written for more than a dozen of NHPA’s contract publishing titles, all related to the hardware retailing industry. He also was instrumental in developing the Basic Training in Hardware Retailing courses now used by thousands of retailers across the country.
Previous An Analysis of Paint and Decorating Outlet Performance
Next 3 Basics of Ladder Safety 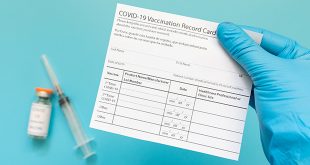 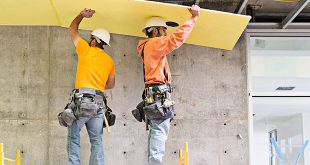 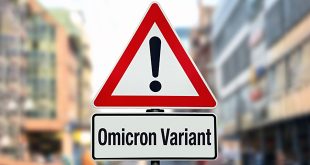 SHRM Finds Most Employers Believe They Can Endure Omicron 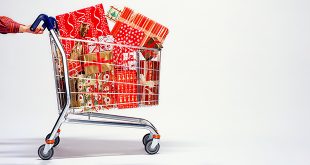 Despite an increase in holiday spending, retailers are facing a financial crunch with an increase …