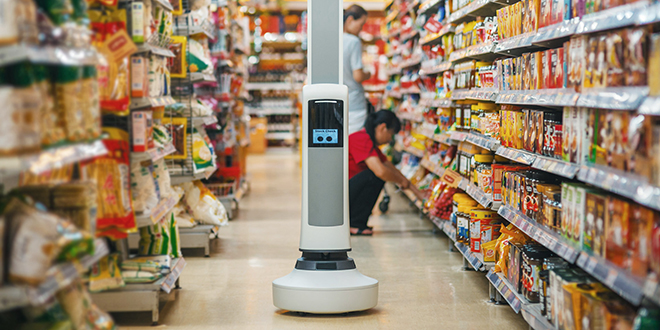 Are Robots Taking Over Retail?

Robots are trending as retail employees, and a new model can be programmed to rapidly check an entire store’s inventory.

This new robot on the scene is called Tally, and is the creation of Simbe, a San Francisco startup company, according to Fortune.

“Tally is able to roll through a store and log what items are out of stock or incorrectly placed before generating a report of what actions the store should take,” the article explains.

Tally cantake stock of a store at any time, and then return itself to be recharged, the article says. The robot could check an entire small store’s inventory in about an hour, cutting 24 hours off of the time for a human employee to do the task with a handheld scanner, the article says.

Simbe will offer Tally as a service, so stores can rent the robot for a monthly fee, the article adds.

Tally is one of several robots introduced recently to retailing. In 2014, Lowe’s introduced the robot OSHbot at an Orchard Supply Hardware store in California. The 5-foot tall OSHbot is bilingual, can display in-store specials, allows for video conferencing and greets and assists customers as they enter a store.

Behind the scenes, many retail supply chains are using robots, as well. Amazon warehouses use more than 15,000 wheeled robots in its warehouses to deliver stacks of products to employees.

Renee Changnon is the retail outreach coordinator for NRHA. She meets with retailers in their stores and at industry events and introduces them to the services NRHA provides. Renee previously worked as a member of the NRHA communications team. She earned a degree in visual journalism from Illinois State University, where she served as the features editor for the school newspaper. After college, she implemented marketing and promotions initiatives at Jimmy John’s franchise locations across the country. She enjoys exploring books with her book club, Netflix marathons and hosting goat yoga at her apartment complex. Renee Changnon 317-275-9442 rchangnon@nrha.org
Previous High-Profit Stores Outperform Industry Growth
Next Lowe’s Uses Vine to Share How-to Tips