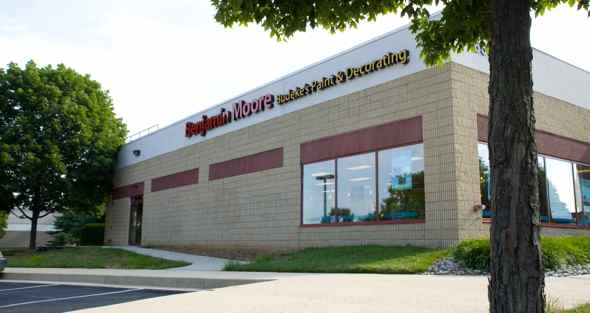 According to the company, Bendoku is part of its continuing goal to innovate its mobile and social media platforms to meet the needs of today’s younger and female homeowners.

“With so many consumers today utilizing mobile technology for every facet of their lives – whether shopping online, connecting with friends via social networks or playing the many games available, we saw an opportunity to create a fun and interactive experience, that brings the Benjamin Moore brand to a new audience.” says David Melancon, executive vice president and chief marketing officer at Benjamin Moore. “Benjamin Moore is excited to bring Bendoku to this active marketplace and give those many color-loving consumers a new way to play and explore color.”

Recent reports show that women now make up between 40-45 percent of all U.S. gamers, confirming an upward trend for female players. Additionally, industry reports cite that app usage on smartphones are continuing to grow in 2014.

Bendoku is based on the popular game Blendoku, created by Lonely Few, LLC. Blendoku is a worldwide sensation that has received five stars on the Google Play store and has over three million downloads to date. Players complete levels by moving paint color chips onto a puzzle board completing blends from one color to another. There are a total of 250 levels, each increasing in difficulty. As users progress through levels they can save their favorite colors and share them on Facebook and Twitter. Players can also promote their color expertise via social media when each color collection level pack is completed.

Jaime Koch was the managing editor of Hardware Retailing Magazine. Jaime regularly traveled around the country and internationally to visit with retailers and share their stories. Jaime was honored by the American Society of Business Publishers for Editorial Excellence.
Previous Ace Makes J.D. Power Satisfaction List for Eighth Year
Next Say Goodbye to Credit Card Swipes and Signatures