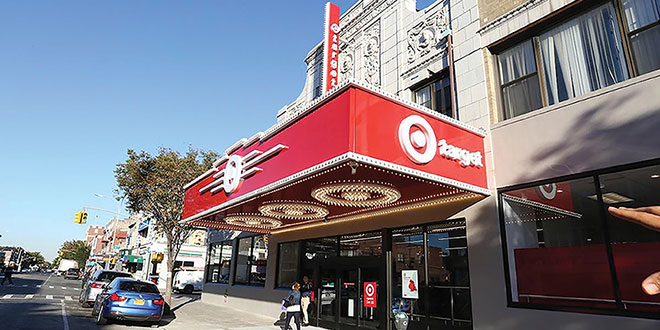 For many big-box retailers, bigger floor plans are no longer synonymous with being better.

In fact, many traditional big-box stores are shrinking their footprints in order to better compete for the attention of today’s consumer. Target, for example, has begun opening stores that are smaller than 50,000 square feet—a dramatic difference from the company’s more typical big-box stores, which are 170,000-plus square feet.

To get a better grasp on the small footprint strategy and to find ways your business can continue to compete with these retailers, Hardware Retailing spoke to Laura Kennedy, a vice president of retail, sales and shopper practice at Kantar Consulting, an organization with a team of researchers, analysts, consultants and other retail, sales, shopper brand and marketing specialists.

In the following Q&A, Kennedy shares her insights on shrinking big-box stores and what she predicts the future of retail will bring.

Hardware Retailing (HR): Can you tell us about your expertise and your company?

Laura Kennedy (LK): Kantar Consulting delivers insights into a variety of areas, which include an emphasis on the consumer and retail. We focus our research on retailers and channels and also drive insights on the shopper across various data sources. Our clients are generally suppliers to retailers, and include many of the retailers, as well.

I have been with Kantar Consulting for seven years. I broadly lead our big-box team, and my expertise is on Walmart in the U.S. I also oversee our research on Target and big-box home improvement retailers, as well.

HR: Would you agree that more big-box retailers are testing smaller footprint stores?

LK: I think there are a couple different things happening right now. Almost two-thirds of the sales growth we’re seeing in brick-and-mortar over the next five years, through 2023, will be from retailers in boxes under 50,000 square feet.

When we look at our forecast, that’s where more than half of the growth is coming from. And that growth is largely from retailers that are native to the smaller store size, like drug stores or dollar stores.

Another thing to note is that shoppers are prioritizing convenience, ease and general movement away from a big, less convenient experience, which is driving a lot of that growth in smaller stores.

Then, among big boxes, Target and Kohl’s are both testing out smaller store footprints. While Target is opening smaller-format stores, Kohl’s is specifically trying to shrink its space within existing stores to make use out of less space and use the remaining space for other business operations.

HR: Why are companies shifting from supersized stores to small salesfloors?

LK: Retailers overall are looking for ways to be more strategic with their salesfloors and the products available in store. For example, Target’s strategy with its smaller-footprint stores is to move away from the gargantuan store experience to a more convenient option. These small-format stores are mainly found in urban areas or near college campuses to get new shoppers into the fold. While they only represent a small share of Target’s overall sales, the small-format stores offer potential growth.

In other cases, consumers no longer want to buy things like toiletries or household cleaning products in stores, so retailers are adjusting, offering those items online or in-store pickup to reduce space on the salesfloor.

More broadly, Kohl’s represents the issues facing big-box stores today—a lot of wasted space. The company is shrinking many of its existing stores to make sure the salesfloor is more productive.

Walmart is another example of a big-box retailer considering new ways to use floorspace. The company is trying to be tighter on inventory to clear up backrooms, which are likely turning into staging areas for online pickup orders. This is all part of rethinking the layouts of thousands of stores.

HR: What is the advantage of having a smaller salesfloor?

LK: I think retailers opening smaller stores or adjusting their existing stores are aligning with what today’s customer wants.

Time as currency has risen to the top as a major convenience lever, and smaller stores are helping consumers save time. I also think smaller stores force a retailer to specifically consider why someone comes to their store instead of wanting to try to have everything.

Overall, price-oriented value and good deals are still No. 1 and No. 2 in importance among consumers. However, the next priority among today’s consumer is having a stress-free shopping experience.

One retailer that is really moving in a good direction in the brick-and-mortar realm is Best Buy. The company is doing a good job of rethinking its retail space and making its stores destinations. Customers go to the store for expertise and to look at products in person.

As a retailer, your retail location must have a value proposition. If it’s just there for inventory, then you need to reconsider what you’re doing.

HR: What does the shift to small-format stores signal about the health of brick-and-mortar retail?

In general, brick-and-mortar retailers need to realize their physical stores can’t be the be-all and end-all. Consider a retail location like a spoke in the wheel in addition to a company’s e-commerce platform.

HR: Why do you think some small-format stores failed? What are some examples of retailers that have done a good job adapting to a smaller format?

LK: I think Best Buy Mobile stores were a little redundant and that’s something Best Buy acknowledged. These stores were introduced when mobile phone purchasing was expanding. While there was a boom initially, the issue is that once people have their phone they won’t need to return to the store until it’s time for a new phone a few years down the road.

Walmart Express only had about 100 stores before it closed them all. I think the company never quite executed this retail venture. They didn’t dive into the role it played to complement the overall business. I’m not surprised the company ended up closing those locations to focus on more profitable retail ventures.

I don’t have evidence to support this, but Kohl’s is the most fascinating company adjusting store footprint in my opinion. They’re using big space and making it smaller. I also think Target’s small-format stores are doing pretty well. 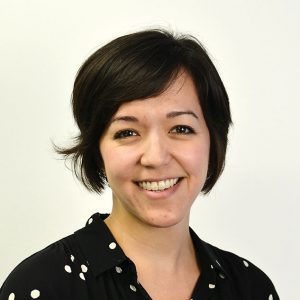 Laura Kennedy is the vice president of retail, sales and shopper practice. She leads Kantar Consulting’s Walmart and home improvement research team. She also leads Kantar Consulting’s coverage of the home improvement retail industry, heading a team that studies the operations of Home Depot and Lowe’s, as well as other diverse hardware store and specialty retailers. Learn more about her work at consulting.kantar.com.

Renee Changnon is the retail outreach coordinator for NRHA. She meets with retailers in their stores and at industry events and introduces them to the services NRHA provides. Renee previously worked as a member of the NRHA communications team. She earned a degree in visual journalism from Illinois State University, where she served as the features editor for the school newspaper. After college, she implemented marketing and promotions initiatives at Jimmy John’s franchise locations across the country. She enjoys exploring books with her book club, Netflix marathons and hosting goat yoga at her apartment complex. Renee Changnon 317-275-9442 rchangnon@nrha.org
Previous Paint Collection
Next Woods Hardware Wins $100K for Business Improvement Project