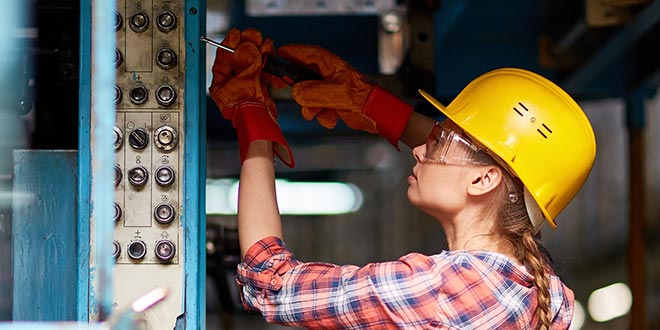 Both Lowe’s and The Home Depot are investing in programs to bridge the skilled labor gap found in the U.S. workforce.

Lowe’s recently launched its “Track to the Trades” program, which aims to develop specialized skills among its existing employee base, CNBC reports. The program began on March 1 in Charlotte, North Carolina; Denver; Pittsburgh; and Richmond, Virginia.

Lowe’s will offer interested employees up to $2,500 to pursue their specialized skills education in specific trades, including carpentry, heating and air conditioning, electrical, plumbing and appliance repair. The company will also offer “additional academic coaching and mentoring, and then will give those people who complete the program placement opportunities for full-time positions at Lowe’s,” according to CNBC.

“We are providing unique career alternatives for our associates while also building a pipeline for the next generation of skilled trade workers, allowing us to better meet the demands of customers while creating long-term educational benefits and economic opportunity for our people,” Jennifer Weber, Lowe’s chief human resources officer, says.

Lowe’s says it plans to expand the “Track to Trades” program beyond the four pilot cities to qualified part- and full-time employees across the nation by the end of the year.

The Home Depot is also acting to close the skilled labor gap in America. The retailer says existing skilled laborers are rapidly reaching retirement. Citing data from the Bureau of Labor Statistics, the company says there are currently 158,000 unfilled construction sector jobs in the U.S.

To combat this, The Home Depot Foundation is investing $50 million to train 20,000 skilled workers by 2028, the company confirmed. It will fund an existing trades training program for military members it created in 2017 in partnership with Home Builders Institute, as well as other initiatives.

“We want to bring shop class back, from coast-to-coast,” Shannon Gerber, executive director of The Home Depot Foundation, says. “We’re thrilled to train 20,000 next-generation plumbers, electricians, carpenters and beyond. It’s a true honor to welcome our first classes of separating soldiers as they transition to civilian life and into successful careers in the trades.”

The Home Depot will also establish higher-level trades training in coordination with the Construction Education Foundation of Georgia for Atlanta residents. According to the press release, the two organizations will expand to train veterans and underrepresented high school students across the U.S.

Todd is trends editor for Hardware Retailing magazine. He graduated from Indiana University where he majored in journalism and French. Throughout his career, he has aimed to highlight small businesses and their community value. He joined NRHA in 2017.
Previous Hit the Road With Renee: Embarking on a New Journey
Next House-Hasson Names New VPs of Retail Development, Marketing