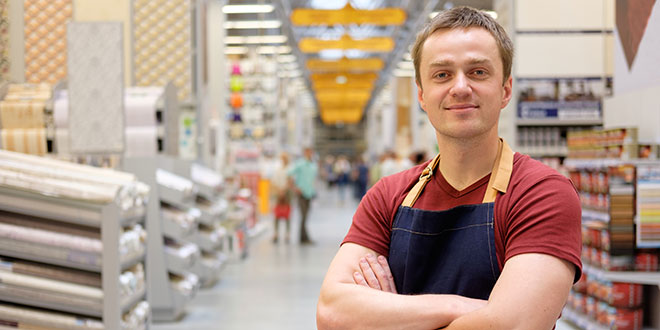 Big-box retailers Home Depot and Lowe’s are both aiming to improve their overall customer experience in 2019, according to separate reports.

Home Depot is in the process of uniting its online and offline operations, a move that could change the ways consumers shop, according to an article from Forbes.

According to the article, the company has invested in upgrading its online inventory search capabilities. It’s also investigated ways to communicate more directly with its delivery team.

“Combined, these efforts enable Home Depot to narrow package arrival times to two- to four-hour windows, an option especially important to its time-is-money professional customers,” according to the article.

After restructuring its supply chain and distribution model, the big box is now able to deliver products to almost 95 percent of the country in two days or less. The article states Home Depot’s ultimate goal is to provide same- or next-day shipping to 90 percent of the U.S. By doing so, Home Depot could position itself as a reliable product supplier for professionals, according to the report.

In its stores, the company has updated store signage to help customers find products more quickly. It has also installed pickup lockers in many of its locations to facilitate buy online, pick up in store transactions.

Meanwhile, at NRF 2019: Retail’s Big Show, Lowe’s president and CEO Marvin Ellison detailed the steps his company has taken to win three specific sets of customers: the DIYer, the do-it-for-me customer and professional customers, according to an article from CIO Dive, a tech industry news website.

Ellison says that in years past, the company has suffered from a “historical underinvestment” in technology. To rectify this imbalance, Ellison says the company plans to invest more than $500 million on advancing its IT capabilities.

In the discussion, Ellison says customer shopping habits are changing, but his company is ready to connect shoppers with products.

“You want to serve the customer any way they choose to be served, whether that’s in store, online, delivery, purchase or pick up,” Ellison says.

Todd is trends editor for Hardware Retailing magazine. He graduated from Indiana University where he majored in journalism and French. Throughout his career, he has aimed to highlight small businesses and their community value. He joined NRHA in 2017.
Previous Hard Hats
Next Construction Screws