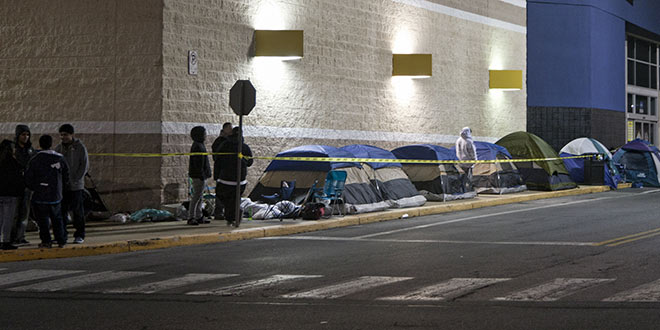 According to retail analytics company RetailNext, Black Friday will no longer hold the top spot as the busiest shopping day of the year. As retailers expand sale windows and move promotions online, consumers are spreading out their shopping days, too. In fact, Black Friday is projected to lose steam in both sales numbers and traffic.

“This year, with Christmas falling on a Sunday, most shoppers will want to cut short their shopping early on Saturday, Dec. 24, leaving the day before, Friday, as retail’s biggest opportunity for sales. For store visits, Super Saturday will lead the way, with Black Friday a very close second,” said Shelley E. Kohan, vice president of retail consulting at RetailNext.

Lowe’s and Home Depot, have announced they are staying closed on Thanksgiving, bucking recent trends for stores to open earlier and push into Thursday evening. Some stores report that the sales that occur during those extra few hours don’t support the cost of staffing and running the store.

Melanie is the communications and content manager for the North American Hardware and Paint Association. She joined the NHPA team in 2016 as an editor for Hardware Retailing and now helps lead the communications team to deliver relevant, timely content to the industry.
Previous A Look Inside Sprout, A Children’s Boutique
Next Replacement Line Hose