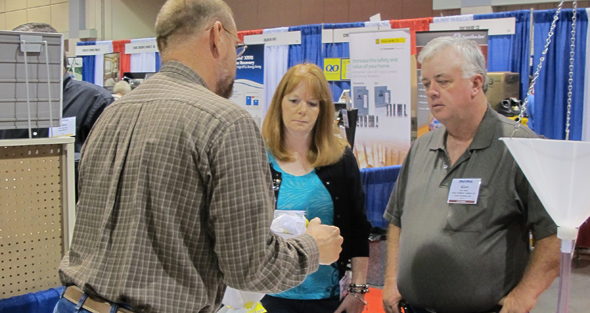 Last week at its biannual buying market, Atchison-Kan.-based distributor Blish-Mize rolled out enhancements to its advertising program and communicated the importance of maintaining visibility with consumers across media platforms.

The distributor’s new program allows retailers to publish their circulars on social media and makes circulars viewable on mobile devices. As retailers in every industry realize the best advertising strategies integrate both digital and print communications, distributors such as Blish-Mize are attempting to create programs to make this process easier.

“In this digital age, it’s increasingly important for retailers to reach consumers on their computers, smartphones and tablets. We’ve designed an advertising program that will allow retailers to reach their customers across a broad spectrum of media,” President and COO Jonathan Mize said.

As part of its continued investment in its customers, Blish-Mize also rolled out a year-end review program to help customers identify growth opportunities for their businesses. “This is a free service we offer to our customers that covers the most important sales data of the previous year so they can get an accurate assessment of where they are and where they’d like to go in the coming year,” Mize said.

Overall, retailer attitude on the market floor was mixed. Ken Owens, who manages Century Lumber’s Torrington, Wyo., location, was among the retailers optimistic about the economy. “The ag market in our area is strong and the building market is stacked out through the end of the year,” he said. “For us that means steady growth through the end of the year and we’re very positive about a strong spring next year.”

“You can tell the economy is still putting pressure on consumers,” said Karen Sundgren of Sharp’s Short Stop in Randolph, Kan. “I think manufacturers are noticing this instead of entirely new products, they seem to be doing new variations on tried-and-true products.”

Amanda Bell was an assistant editor of Hardware Retailing and NRHA. Amanda regularly visited with home improvement retailers across the country and attended industry events and seminars. She earned a degree in magazine journalism from Ball State University and has received honors for her work for Hardware Retailing from the Association of Marketing and Communication Professionals.
Previous Crimping Tool
Next Create an Effective Loyalty Program