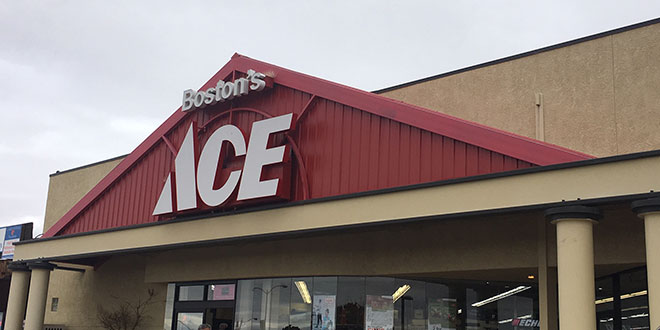 The store has been operating since the 1960s and is currently going strong under the ownership of brothers Doug, David and Dan Boston.

Major, profitable changes to the business that the brothers have overseen over the years include building its current store location from the ground up and adding equipment rental to its services.

The trio bought the store from their parents in 1986 and serve a customer base that is roughly 60 percent DIYers and 40 percent commercial contractors. Boston’s sells the core home improvement categories and operates a lawn and garden department that sells soil and live goods. The operation has a 12,500-square-foot salesfloor and a 7,500-square-foot outdoor rental area and garden center.

Within the past few years, the company bought the inventory of a closing feed store and launched into a growing livestock feed, pet food and animal health business.

More recently, a change in distributors brought operational improvements and marked growth in sales and gross margin in 2017 and 2018, according to Doug Boston.

The store switched its product sourcing and store branding from another company to Ace Hardware in 2016, improving the business in areas including merchandising and in-stock position, Doug says.

Another important change Ace brought during the transition was an emphasis on employee training, which motivated Boston’s entire team to pursue professional growth.

Many of the store’s 20 employees have stayed with the business for five years or longer, with some working steadily for more than 20 years.

The stability of a low turnover has been good for the company, but employee training wasn’t consistent in the past, Doug says.

Boston’s didn’t have a set training schedule and hadn’t pushed employees to develop themselves. Ace, though, has provided inspiration.

“Ace wants to spur you along to train your personnel to make them the best you can,” Doug says. “They have this culture of being helpful, and that’s pretty much in everything they talk about. I think, if you take on that culture in your store, it improves everything you do.”

The store staff was eager for fresh training and asked to take online classes beyond the customer service training Ace Hardware initially provided.

“We’ve changed our culture by training our personnel and improving how we’re helping customers,” Doug says. “We’ve always been customer oriented, but we’ve really gotten better at it in the past two years.”

Kate is profiles editor for Hardware Retailing magazine. She reports on news and industry events and writes about retailers' unique contributions to the independent home improvement sector. She graduated from Cedarville University in her home state of Ohio, where she earned a bachelor's degree in English and minored in creative writing. She loves being an aunt, teaching writing to kids, running, reading, farm living and, as Walt Whitman says, traveling the open road, “healthy, free, the world before me.”
Previous True Value Sees ‘No Limits’ to Growth at Spring Reunion
Next Headlining Stories From March’s Hardware Retailing