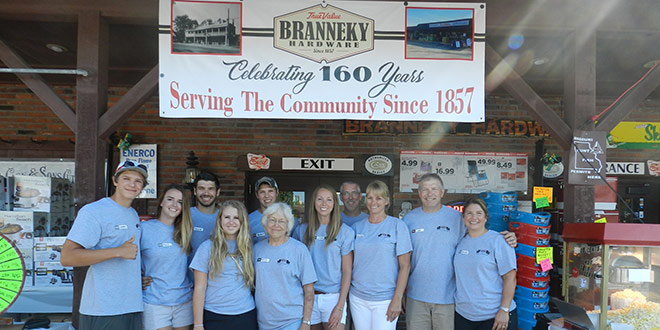 In the mid-19th century, many Americans took off on the Oregon Trail in search of new lands and opportunities. Its main departure points were in Missouri, and the route stretched 2,000 miles to California. More than 400,000 pioneers traveled the long and grueling trail.

Yet before getting further away from civilization and the supplies they’d need, many stopped at C.C. Branneky General Merchandise in what was once called Pattonville, Missouri. While the name of the business, the name of the town and even the store’s building have all changed over the years, Branneky True Value Hardware in Bridgeton, Missouri, remains owned and operated by descendants of founder C. C. Branneky.

A Business Bursting With History

From thousands of pioneers passing through for supplies to two fires decades apart and five generations of Branneky family members serving Bridgeton, Missouri, Branneky True Value Hardware has its roots firmly planted in the community.

To keep the store’s history alive and to celebrate those who worked in the business over the years, Tim Branneky says they have made it a point to showcase it in the 12,000-square-foot store.

“The entire front wall of the store is made of cedar, and on it, we have hung old tools from the past 100-plus years,” he says. “We have old guns and mounted heads of deer and other hunting prizes my father caught. This memorabilia is throughout the store.”

The company experienced its first fire in 1900, but an anvil and blacksmithing tools saved from that blaze still have a place in the current location

After that fire, C.C. Branneky bought another store in town and renamed it C.C. Branneky & Sons General Merchandise. Two of C.C.’s sons, Oliver and Harry, would eventually take over as the second-generation owners in the 1930s. Oliver’s two sons, Charlie and Jack both served in the Army and returned in the 1940s and 1950s to take over as the third-generation owners. They ran the store with family friend Lyle Downs.

It was 1976, on Super Bowl Sunday, when the Branneky True Value Hardware store burnt down due to an electrical fire, Tim says.

“Jeff and I were teenagers at the time of the 1976 fire,” he says. “We were getting ready for the Super Bowl and my parents called and let us know the store was on fire. It took a few months to salvage the store and then plan and build our new store in the same location.”

While both Jeff and Tim worked in the family business growing up, Tim says they each spent time outside the store before ultimately returning.

“Jeff went to college and worked outside the store for a few years,” Tim says. “I also got my degree and didn’t originally have interest in taking over the business. However, after graduating my dad asked me to work at the store until I was able to find another job. I got into the ‘nuts and bolts’ of the store though and decided to stay. Jeff joined, and the two of us have worked together ever since.”
Tim says he and Jeff work well together as business partners. As friends and brothers, they get along, and their decision to take on the business allowed their father and his business partner to retire.

“In a family business, it’s rare if you can all get along and discover a great business partner in each other,” Tim says. “It’s great to see that the same thing is now happening with my two sons as they come up in the business, and I think it’s really cool that they are able to work together well, too.”

With 160 years of business established, customer loyalty and support is a huge factor, too, Tim says.

“Our customers are awesome and the relationship we have with them is very close,” Tim says. “I can talk to anyone who walks in and share things with them.”

According to Jeff, he and Tim also fit well in the business because they both enjoy being out on the salesfloor and talking to customers every day.

“We see 400 to 500 customers walk through our store every day,” Jeff says. “We’re out on the floor or in our office up front where anybody can walk by and talk to us. I enjoy talking to them and making sure they get what they need.”

To thank their loyal customers and celebrate 160 years in business, the store hosted an anniversary event this summer, Tim says.

“We had been promoting our event for about two months leading up to it in July,” Tim says. “We had a grand champion barbecue cooker come and cook pulled pork for us. He volunteered his time and served 900 hotdogs and pulled pork sandwiches.”

In addition to having food on-site, they had a spin-to-win wheel for customers who spent $5 to spin, and there were nearly 500 items given away.

The entire family, including Jeff and Tim’s mother, Beverly, who still helps in the business today, were all in attendance at the event to celebrate and reminisce with customers.

While Tim says just like any independent retailer, they have to consider the competition, from big-box stores to online retailers, he believes customers will always be looking for the knowledge and convenience you can’t find online. Plus, the lessons their father passed on to Tim and Jeff will continue on with Tim’s sons. 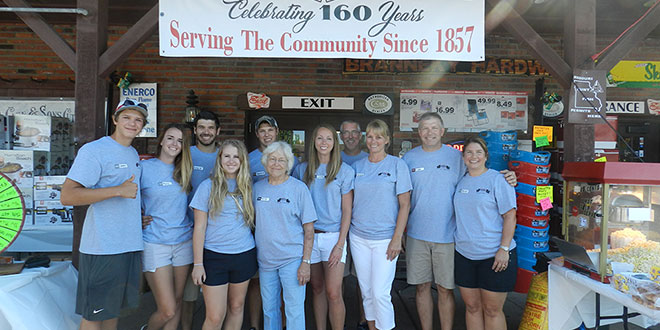 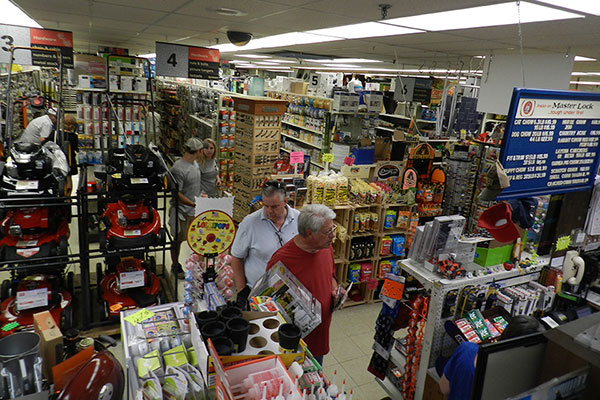 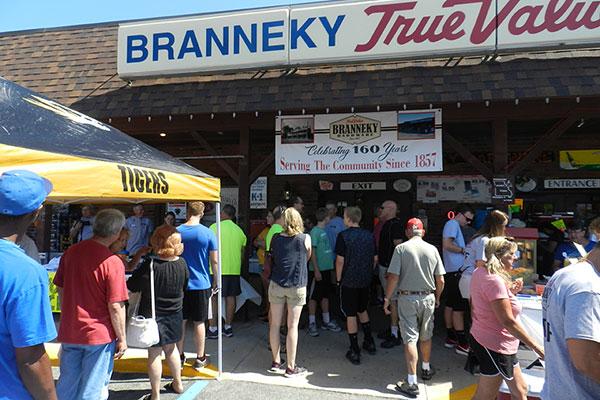 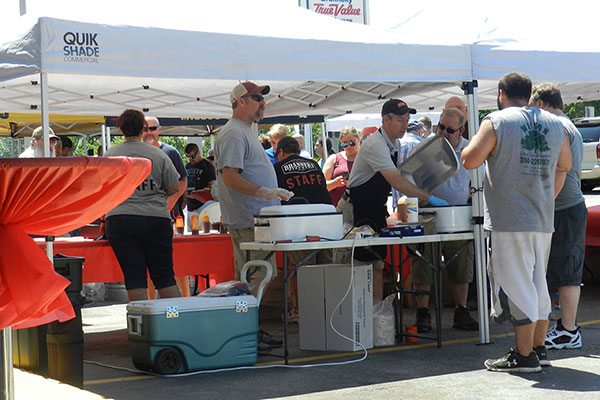 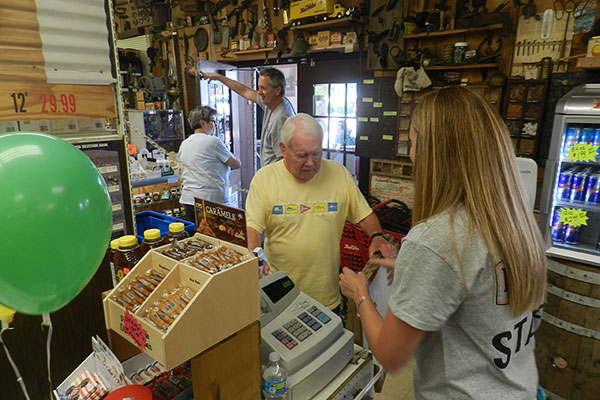 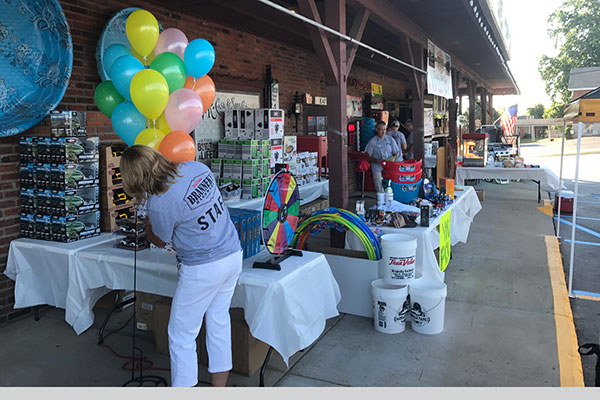 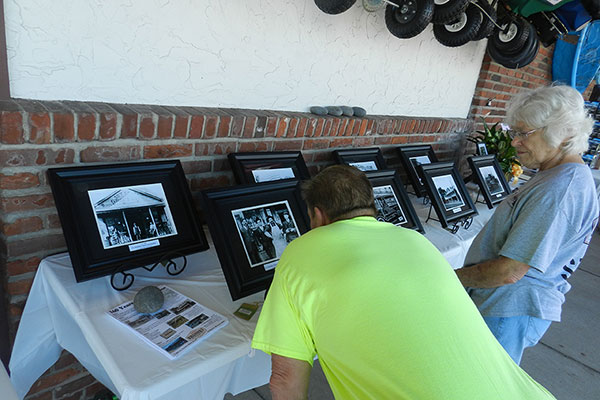 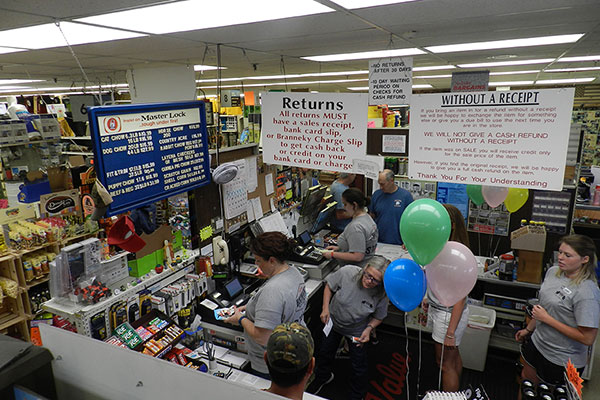 Renee Changnon is the retail outreach coordinator for NRHA. She meets with retailers in their stores and at industry events and introduces them to the services NRHA provides. Renee previously worked as a member of the NRHA communications team. She earned a degree in visual journalism from Illinois State University, where she served as the features editor for the school newspaper. After college, she implemented marketing and promotions initiatives at Jimmy John’s franchise locations across the country. She enjoys exploring books with her book club, Netflix marathons and hosting goat yoga at her apartment complex. Renee Changnon 317-275-9442 rchangnon@nrha.org
Previous Google and Home Depot Team Up for Voice-Activated Ordering
Next Hummingbird Feeder