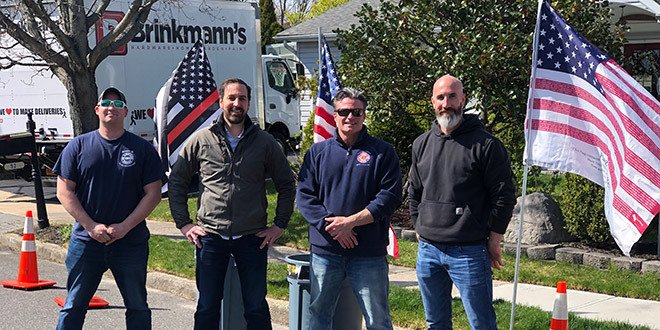 For more than four decades, Brinkmann’s True Value Hardware has adapted to serve their Long Island, New York, community. As COVID-19 pushes every retailer to consider new ways to serve, co-owner Ben Brinkmann recently made a much-appreciated donation to his community’s fire department.

With five locations across Long Island, Brinkmann’s True Value Hardware has an array of customers, including many members of the New York City Fire Department (FDNY). When Brinkmann learned his community’s fire department was in need of vital supplies to clean their fire station, he and his team stepped up to meet that need.

“One of our customers is a firefighter with the FDNY. He was doing a donation drive for his department to gather cleaning supplies because they didn’t have enough disinfectants. Some of his fellow firefighters were getting sick,” Brinkmann says.

The firefighter visited Brinkmann’s True Value Hardware and asked if they would be willing to make a donation to protect local firefighters. After discussing it with his team, Brinkmann says they were more than happy to lend support.

“They had 32 fire houses in the Bronx, so we called them back the next day and let them know we were going to put a package together for each of the 32 fire houses so they could keep their crew safe,” he says. 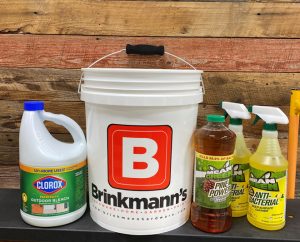 Brinkmann and his team put together 32 kits of essential supplies. Each 5-gallon bucket contained spray disinfectant, concentrated disinfectant and bleach to keep surfaces clean amid the pandemic.

Brinkmann says delivering the buckets with his brother was a chance to fortify the community that has supported his business for years.

“We have a lot of customers in the FDNY and other first responders,” he says. “They’re always there for us, so we felt it was only right to be there for them in their time of need. These communities support us year after year, in good times and bad, so anytime we’re in a position, we feel obligated to give back.”

Todd is trends editor for Hardware Retailing magazine. He graduated from Indiana University where he majored in journalism and French. Throughout his career, he has aimed to highlight small businesses and their community value. He joined NRHA in 2017.
Previous COVID-19: Updates for Canadian Retailers
Next Retailers Share Solutions at NRHA Town Hall