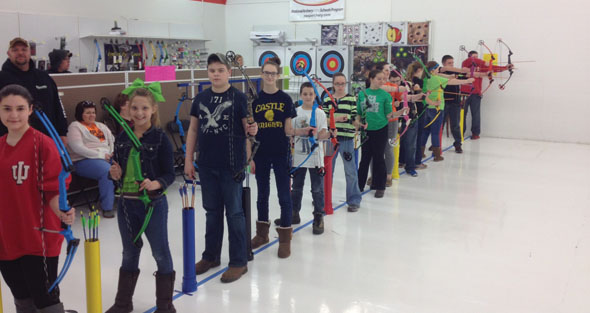 About a year ago, he added archery equipment and accessories to his store.

“My son competes in his school archery league and was fortunate to go to his state tournament last year,” Ryan says. “While I was at the tournament, I saw a lot of my customers, and I thought, ‘Well, maybe I should stock some of these products in my store for them.’”

He did, and the niche continued to grow over the next few months. About a year later, he decided to expand even further and add an indoor shooting range to his store. 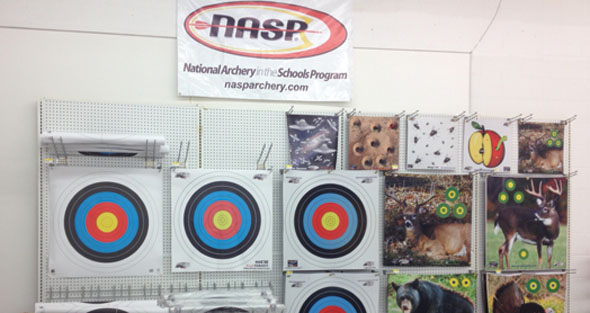 “The kids needed another place to practice besides the schools, and I have the room in my store,” Ryan says. “I pushed a wall back and set up a tournament-style range. It’s gone over fabulously.”

The 40-foot-by-80-foot shooting range features eight targets, with enough room for 14 people at a time to shoot. (Two lanes are single-shooter and the rest are for doubles.) He also devoted 16 feet of floor space to equipment and accessories.

“For the amount of square footage it takes up, sales have done very well,” Ryan says. “Just offering archery equipment brought in more customers, and the shooting range has drawn a lot of people into the store as well. Archery teams in schools are becoming more popular in the area and in the state.”

Ryan talked with his insurance company and worked with his attorney to put together a release form for all users to sign. He also put safety netting around the area.

“We invested a little money in the range, but we’re already looking at what we can do with it this summer,” he says. “We’re going to try to bring in some leagues and clubs.”

He says the future is bright—for both the growing popularity of the sport and the niche’s growth at his store.

“It has been a good niche,” he says. “I’m lucky—we’re in the middle of a large school district where archery has been increasing in popularity. I was driven at first by the idea of selling equipment, and the range is a means of continuing to sell that equipment.”

Amanda Bell was an assistant editor of Hardware Retailing and NRHA. Amanda regularly visited with home improvement retailers across the country and attended industry events and seminars. She earned a degree in magazine journalism from Ball State University and has received honors for her work for Hardware Retailing from the Association of Marketing and Communication Professionals.
Previous Staff Stays Healthy with On-Site Gym Facility
Next Home Improvement Industry Valuations Falling