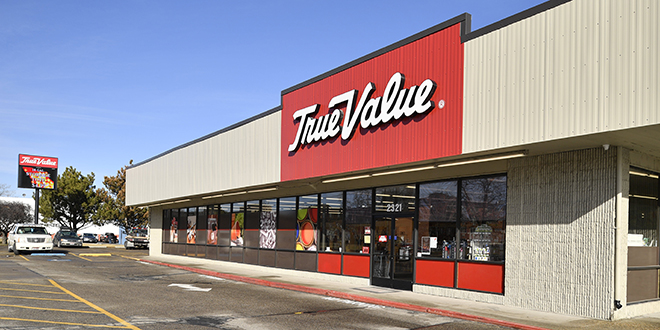 Caldwell True Value Relies on Relationships With Customers and Distributor

For young adults who have grown up in their parents’ independent home improvement businesses, deciding on their future might feel like reaching a fork in the road. They may want to become the next in line to run the operation, or perhaps they want to take a new path outside of retail. Whatever they decide, a few years may pass and they might change their minds completely.

That’s how it played out for Leah Nelson, whose parents, Jerry and Phyllis Nelson, opened Caldwell True Value in Caldwell, Idaho, in 1984. When she turned 18, Leah left Idaho to attend college in the state of Washington. She got her degree and began her early career working in a major banking corporation just north of Seattle.

“I thought when I walked away from the store, I was never coming back, and I would never find myself back in the hardware business,” Leah says. “However, after having time away to learn and grow, I changed my mind.”

Her husband, Dave Wieltschnig, worked in facility management at a health care company  when they agreed they were ready for a career change, and that led them straight back to her family’s hardware business.

“Dave always wanted to be a business owner, and after many conversations with my parents about their retirement plans, we took a leap of faith, quit our jobs and relocated to Idaho to work in the store with them,” Leah says.

In the five years they’ve been involved in the retail operation alongside her parents, Leah says she has found her passion in the world of retail she had thought she was leaving behind. Now, as her parents near retirement and plan on handing the reins and co-ownership of the business over to her and Dave, Leah says she is focused on how Caldwell True Value can remain relevant and attract new customers in the future.

An Evolving Business
When Caldwell True Value first opened for business in July 1984, Jerry and Phyllis Nelson were brand-new to retail but eager for a change for their young family, Leah says.

“Before my parents went into the hardware business, my dad was an accountant for the state of Minnesota,” Leah says. “But he realized early on that corporate life wasn’t for him.”

However, once they bought the business, they faced plenty of learning curves, especially when it came to learning the ins and outs of retail.

“Both my mom and dad understood the numbers and bookkeeping side of running a business,” Leah says. “Having never worked in retail, though, there was a lot to learn, from dealing with rude customers to knowing more about the products they were selling.”

Just four years old when her parents bought the store and relocated the family, Leah says her earliest memories come from being at the business while her parents worked.

“My two sisters and I essentially grew up in the hardware store,” she says. “My sisters and I helped with little jobs around the shop. I would sweep the store, bag product at the cash register and sort receipt tapes.”

When they first took over the business, the operation was located in a building with two separate units, taking up about 4,000 square feet in the smaller half of the building. A few years later, they moved to the larger side. However, they took the retail operation to the next level when a big-box competitor came to town.

“Once my parents found out Walmart was coming. My dad decided they either needed to do something major or close the doors,” Leah says. “So they knocked down the walls in the building and took over the entire space, increasing our sales floor to 12,000 square feet. That was a game changer, as it led to an increase in sales.”

Today, Leah says the knowledge her parents have accumulated and the way the team operates is almost unrecognizable from the early years. These changes include adopting new technology, like accepting electronic downloads of shipments rather than counting, moving to an electronic POS system and installing surveillance systems. Yet one of the few things that remains the same is the business’s commitment to customer service.

Like any retailer with several years under their belt, the Nelson family experienced many milestones over the years, like opening a new store and their second location, Nampa True Value, in 2011. The stores are roughly 10 miles from each other, and both are outside of Boise, Idaho.

“Both of the communities where our stores are located are experiencing growth in population,” she says. “Housing and development are booming, which means our business is changing. It’s a really vibrant community that is focused on new opportunities.”

A Focus on the Future
In the five years that Leah and Dave have been involved in the business, Jerry and Phyllis have slowly transitioned out of day-to-day operations. Now they spend half the year in town and the other half in Arizona. This month, Leah and Dave will officially buy the operation from them and assume all responsibilities.

However, during their years of succession planning, Leah and Dave each designated areas of business they would manage.

“My job has me in the back office focusing on operations, looking at the numbers and analytics and really working on our advertising,” Leah says. “Dave is in the front of the house, managing daily operations with employees, handling staffing issues and checking product shipments. Following the example my parents set before us, our distinct roles ensure we don’t step on each others’ toes.”

“When we visited the store before it went through the remodel, it was starting to look dated, but when we moved back, the new signage, fresh paint and updated displays were really exciting and fun. The remodel made a big difference in our sales, and it continues to do so today.”

When shoppers visit the store, the top categories they can expect to find include lawn and garden and other core categories, like hand and power tools, plumbing and paint. Additionally, they have an extensive giftwares area  customers turn to for housewares and a quick gifts for friends, Leah says.

“People often come in with one item on their list and then show us a basket full of things they found while walking through the store,” Leah says.

Having been in the community for as long as they have, Leah says they have many loyal customers that continue to shop with them for a variety of reasons.

“Our relationships with our customers is huge,” she says. “They know they can ask us for help and we provide the personal, human connections that Amazon can’t offer. So many people come here to talk and chat, I joke we should open a coffee bar. It’s just a great sense of community inside our store.”

A Hardware Retail Partner
When Jerry and Phyllis took over the business from the previous owner, the store was under the banner of Coast to Coast, a national distribution chain, which was acquired by True Value in 1997.

According to Leah, the relationship her family has had with True Value over the years has been mutually beneficial, and they continue to implement a variety of the distributor’s programs in their operation.

“When I entered into the business, I got involved in True Value’s Young Retailers Network, which has made a big impact on my hardware career,” she says. “The relationships I’ve made with other True Value retailers across the country have been very beneficial. I know if I need to ask someone for advice, they can help me out, and vice versa.”

Additionally, being an active member in the Younger Retailers Network has also given Leah the chance to connect with senior leadership face to face.

“Building relationships with associates from True Value has been very important to me,” Leah says. “I feel like I can be honest and open with them, which is great. True Value has always been open to both positive and critical feedback, and they’ve been a great partner.”

Leah and Dave have also  taken advantage of many other True Value programs, including marketing, the Ship-to-Store program, the Customized True Blue assortment program, which allows them to bring a wide range of product assortments tailored to their local community, and the True Value University training program, which helps them keep employees educated in a variety of topics.

“Marketing is the biggest area of change we’re focusing on in our business right now, and we’re utilizing True Value’s marketing offerings, moving to a combination of print and digital advertising,” she says. “After attending the last True Value Reunion, I’m looking forward to implementing the new 2019 marketing plan.”

Even more than the programs they utilize, Leah says True Value has the core products they need to keep customers happy, and they appreciate the one-on-one service their retail consultant Mitch Bunn provides.

“Mitch is like another member of our family,” Leah says. “He’ll cut keys and help customers down the aisles. He is very hands-on in the store and helpful.”

Moving forward, Leah says she is eager to see what initiatives True Value develops in the years ahead.

“True Value is looking toward the future in all aspects of the business,” she says. “They are very focused and future-oriented, and I like that.”

Renee Changnon is the retail outreach coordinator for NRHA. She meets with retailers in their stores and at industry events and introduces them to the services NRHA provides. Renee previously worked as a member of the NRHA communications team. She earned a degree in visual journalism from Illinois State University, where she served as the features editor for the school newspaper. After college, she implemented marketing and promotions initiatives at Jimmy John’s franchise locations across the country. She enjoys exploring books with her book club, Netflix marathons and hosting goat yoga at her apartment complex. Renee Changnon 317-275-9442 rchangnon@nrha.org
Previous Multipurpose Lighter
Next Cleaner and Degreaser