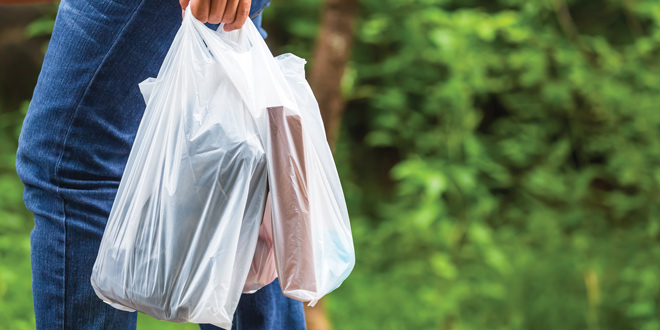 The Canadian government has announced plans to ban an array of common plastic products by the end of 2021, including single-use shopping bags common in brick-and-mortar retail. It’s all in an effort to produce zero plastic waste by 2030.

In addition to the forthcoming ban on single-use plastic bags, the proposal would also push Canadians to find alternatives for stir sticks, beverage six-pack rings, cutlery, straws and certain food packaging. Certain common items would be exempted from the measure, including garbage bags, beverage containers and certain medical items, including personal protective equipment.

Data indicates Canadians throw away about 3 million tons of plastic waste each year, and only 9 percent is recycled. Those in favor of the ban say many Canadians have already shifted from plastic shopping bags and other single-use items, opting for renewable or reusable alternatives.

Those who oppose the legislation say it doesn’t address the roots of pollution in Canada.

“Canadian businesses recognize the significant benefits of alternatives to single-use plastics and the importance of bolstering Canada’s circular economy. However, Canada’s approach must go beyond surface issues like bans, to address the critical infrastructure required to deliver on the positive benefits for the environment,” Canadian Chamber of Commerce’s Aaron Henry says in a statement to CTV News.

“In some cases, the scope of municipal ban by-laws may go beyond the federally banned items. If these municipal bans remain in effect and others emerge, it will defeat the goal of working towards a national target, operational efficiencies and may well create confusion among Canadians,” the organization says in a statement.

Todd is trends editor for Hardware Retailing magazine. He graduated from Indiana University where he majored in journalism and French. Throughout his career, he has aimed to highlight small businesses and their community value. He joined NRHA in 2017.
Previous COVID-19 Has Changed Consumer Buying Preferences
Next Charting 2020’s Biggest Holiday Sales Trends