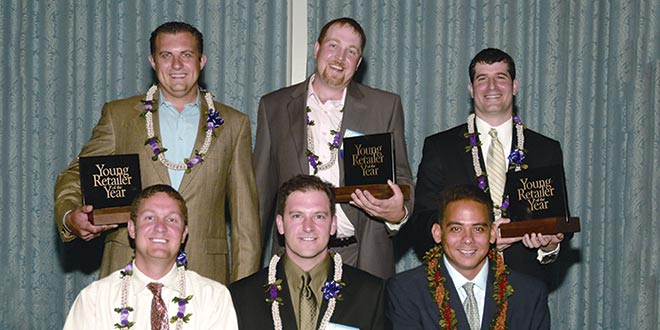 Checking in: Jeremy Melnick, 2006 Young Retailer of the Year

This year marks the 20th anniversary of the North American Retail Hardware Association’s (NRHA) Young Retailer of the Year awards program. To celebrate, we’re checking in with a few past winners to see what they’ve been up to, both personally and professionally, since receiving their awards. 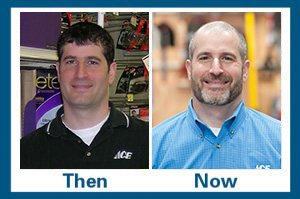 Jeremy Melnick, of Gordon’s Ace Hardware, which has eight locations in Chicago, was a 2006 NRHA Young Retailer of the Year. He’s been in the industry since 1998. Read on to find out what he’s done since winning the award.

Q: What have you been up to since you received the Young Retailer of the Year award in 2006?

A: I’ve stayed busy growing the business. In 2006, we had two stores. Since then, we’ve purchased a four-store chain, closed a store, bought another store and opened two stores from the ground up. More importantly, I now have three kids. My son is in 4th grade and other son and daughter are in 2nd grade. I have not been bored.

Q: What’s been the biggest change for you, personally or professionally, since you won this award?

A: Professionally, it has been surviving our growing pains in an ever changing economic environment. Personally, balancing my work life and family life. It is easy to work 100 hours when you are single. Having a family forces you to have balance. Balance is a good thing.

Q: How has your business changed since you won this award?

A: After almost 64 year in the city of Chicago, we expanded into the suburbs for the first time. There is a significant difference between the two business models. Our infrastructure has improved over the last 10 years, and our staffing is much stronger. Our success is solely based on the strength of the team behind me.

Read more about Jeremy, who was honored with this year’s Industry’s Top Gun awards, in the May issue of Hardware Retailing magazine. Click here for the full story.

Liz is the special projects editor for Hardware Retailing magazine. She reports on news and trends, visits retailers, and attends industry events. She graduated from Xavier University, where she earned a degree in English and Spanish and was a member of the swim team. Liz is a Louisville, Kentucky, native who lives in Indianapolis with her husband and two children. She enjoys swimming, reading, doing home improvement projects around her house and cheering on her two favorite basketball teams, the Kentucky Wildcats and the Xavier Musketeers.
Previous Pay Attention to These Trends in Remodeling
Next BBQ Blend