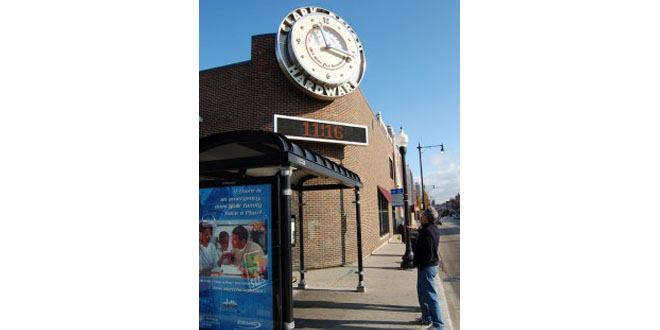 Celebrity chef and style guru Ted Allen wrote at length about his fond appreciation for Chicago’s Clark-Devon Hardware, his all-time favorite hardware store, in the September 2014 issue of Popular Mechanics.

Reminiscing about his last visit before moving away from Chicago to international fame, Allen declared, “Clark-Devon had (and probably still has) everything, meaning you almost never need to drive out to a big-box airplane hangar.”

“That’s still true,” says Ken Walchak, president and co-owner of Clark-Devon Hardware. “We are determined to have everything that professional tradespeople, contractors, property managers and homeowners will ever need to repair or improve everything, whether it’s a 100-year-old bungalow, a new high-rise condo or a commercial facility. And we’ve been doing that since those 100-year-old buildings were fairly new.”

Clark-Devon Hardware has been family-owned and -operated for three generations since it was started in 1924 by William Walchak, Ken’s grandfather.

The store is located in a 1920s-era building that was a theater, a dance hall, an indoor soccer stadium and a film production studio before it became a hardware store. A careful look around reveals facets of the building’s former lives: the proscenium arch, the tiled lobby floor, a film projection booth and more. Customers walk across floor boards that framed the silver screen when “talkies” were state-of-the-art in cinematic entertainment and the movie screens actually contained silver.

Ted Allen isn’t the first to publicly appreciate the store’s dedication to helping its customers achieve their home improvement dreams. The store has been honored as Best Hardware Store by Chicago Magazine and many other media outlets over the years.

“We appreciate the recognition,” says Walchak. “But our achievement is being ‘The Best American Hardware Store’ for our customers every time they come in.”

Liz is the special projects editor for Hardware Retailing magazine. She reports on news and trends, visits retailers, and attends industry events. She graduated from Xavier University, where she earned a degree in English and Spanish and was a member of the swim team. Liz is a Louisville, Kentucky, native who lives in Indianapolis with her husband and two children. She enjoys swimming, reading, doing home improvement projects around her house and cheering on her two favorite basketball teams, the Kentucky Wildcats and the Xavier Musketeers.
Previous Leviton Announces Acquisition of BitWise Controls, LLC
Next Online Shopping Behavior by Age