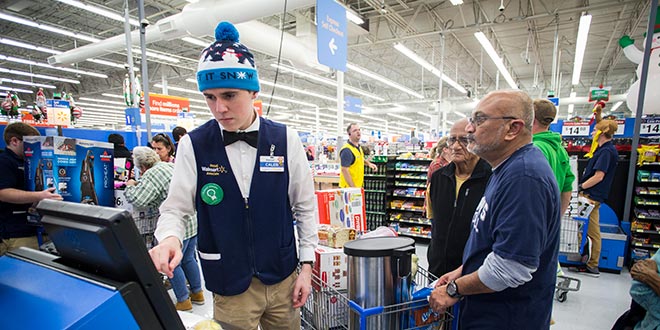 You Won’t Be Competing With Walmart for Holiday Hires

If you’re hiring extra help to staff your retail store during the winter holidays, you won’t be competing for temporary hires with Walmart this year.

“Wal-Mart is redefining the holiday hiring scene, at least for its huge operation of more than 4,600 Supercenters and Neighborhood Markets in the U.S.,” The Dallas Morning News reports.

The big-box retailer is offering extra hours to its existing employees “rather than hiring thousands of seasonal workers,” according to the company. Walmart took the same approach in 2016.

“These extra hours will help staff traditional roles like cashier and stocker and newly created technology-empowered positions such as personal shoppers and pickup associates,” says Judith McKenna, executive vice president and chief operating officer of Walmart U.S. “This is the same approach we took last year, and we heard great feedback from our customers and associates.”

The company employs about 1.5 million people in the U.S. who compose “a far bigger workforce to draw on” than retailers such as Target and Amazon, which are hiring more than 100,000 holiday workers each in 2017, Bloomberg says.

Kate is profiles editor for Hardware Retailing magazine. She reports on news and industry events and writes about retailers' unique contributions to the independent home improvement sector. She graduated from Cedarville University in her home state of Ohio, where she earned a bachelor's degree in English and minored in creative writing. She loves being an aunt, teaching writing to kids, running, reading, farm living and, as Walt Whitman says, traveling the open road, “healthy, free, the world before me.”
Previous Retailer Helps Community Shine Blue Light on Fallen Police Officer
Next 10 Things We Didn’t Expect to See at IU’s Tailgate