Home » Operations » Connecting With the Next Generation 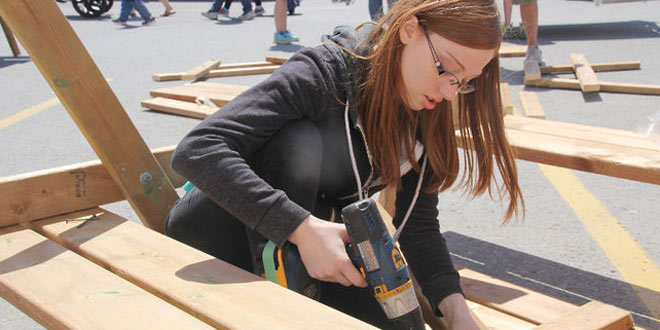 Connecting With the Next Generation

In addition to the Workplace Integration for Young Adults and internship programs, Jerry’s Paint and Hardware in Narragansett, Rhode Island, also works with area high schoolers. Jerry’s participates in a job-shadow program with the local high school.

“We did it last year and plan to do it again next year,” says Rob Ferraro, co-owner of Jerry’s Paint and Hardware.

“It’s a little less involved in terms of time, compared to the [college] intern we have, but very rewarding,” he says. “Some of the students have never assembled anything, but by the time they are done with the program they are building grills, following directions and have something to show when the day is done. A lot of younger folks don’t do hands-on projects now, they are not exposed to tools or hardware and so some of the skills we give them are life-long skills.”

Orillia Home Hardware Building Centre in Ontario, Canada, also looks for ways to engage with kids and young adults in its stores.

Tables by Teens is an event the store does frequently, as a Change the World Event.

“Change the World is a province-wide initiative with the goal of engaging youth between the ages of 14 and 18 in volunteering,” an Orillia newspaper states.

“Last year, between our staff and builders, we cut 40-50 tables, and the teens helped build and sell them for $100 a piece,” says store owner John Locke. “My staff then delivered the tables to those who purchased them.” “The kids made $4,000 for youth programing in the area for a Saturday morning out in the parking lot,” and they will be doing this event again this year.

As NRHA’s market research analyst, Sara conducts organic research and stays abreast of industry trends to help hardware retailers better run their business. Sara also contributes to editorial content in Hardware Retailing magazine. Sara received her B.S. in Marketing and Spanish from Butler University and, after graduation, began her career with NRHA. Sara enjoys traveling, being outdoors and exploring the city of Indianapolis.
Previous Hosting Community Events Unites the Community
Next Going Beyond the Typical Donation