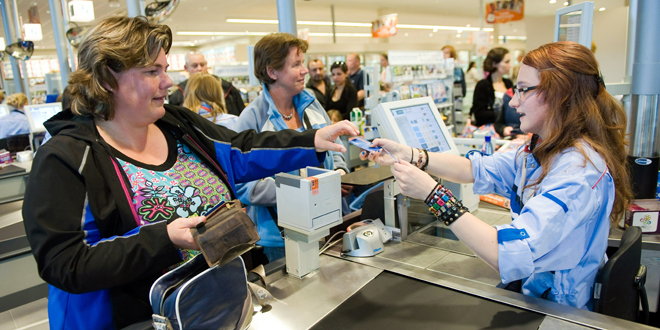 American shoppers dialed it back in April after spending at the fastest pace in almost five years.

Household purchases unexpectedly fell 0.1 percent, the first decrease in a year, after a 1 percent gain the prior month that was the strongest since August 2009, Commerce Department figures showed today in Washington. After adjusting the figure to account for inflation, the news was worse: spending dropped by the most since September 2009 as income growth cooled.

Amanda Bell was an assistant editor of Hardware Retailing and NRHA. Amanda regularly visited with home improvement retailers across the country and attended industry events and seminars. She earned a degree in magazine journalism from Ball State University and has received honors for her work for Hardware Retailing from the Association of Marketing and Communication Professionals.
Previous Small Businesses’ Effect on the U.S. Economy
Next Sear’s Helps Customers Run Homes from Smart Devices