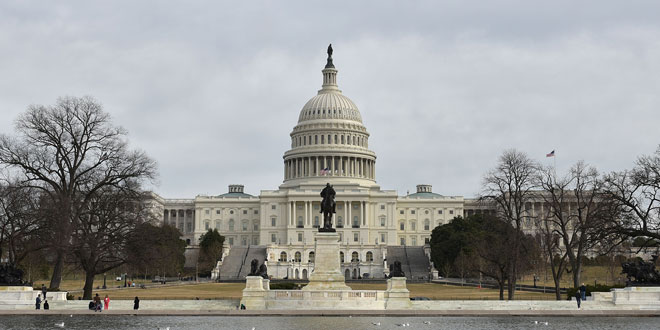 Amid economic instability caused by the COVID-19 pandemic, the U.S. Congress is poised to vote on a $2 trillion stimulus package.

According to The New York Times, the bill provides $150 billion to assist state and local governments in their response to the pandemic. Expected to be enacted within days, it is the largest economic aid package in history.

“The aim is to deliver critical financial support to businesses forced to shut their doors and relief to American families and hospitals reeling from the rapid spread of the disease and the resulting economic disruption,” according to the article.

Lawmakers have also expanded unemployment benefits. Jobless insurance will grow by 13 weeks of coverage. Freelancers, furloughed employees and gig workers will also be included under this coverage.

“The bill provides federally guaranteed loans available at community banks to small businesses that pledge not to lay off their workers,” according to the article.

The loans would be available during an emergency period ending June 30 and “would be forgiven if the employer continued to pay workers for the duration of the crisis.”

In addition, $100 billion will go to hospitals and health centers across the U.S. The money will be used to augment supplies of personal protective equipment.

Todd is trends editor for Hardware Retailing magazine. He graduated from Indiana University where he majored in journalism and French. Throughout his career, he has aimed to highlight small businesses and their community value. He joined NRHA in 2017.
Previous Insect Trap
Next Creating a Buzz in Your Paint Department