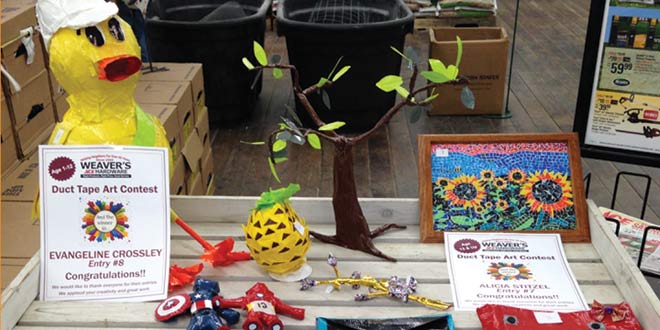 Shoppers buying an armload of duct tape from Weaver’s Ace Hardware might be trying to fix something around the house, but it’s just as likely that they’re getting ready to enter the store’s popular duct tape art contest. Melissa Achenbach, marketing manager for Weaver’s, recently helped organize the store’s second duct tape art contest, and says it has generated a lot of excitement among customers.

“Our first contest was in 2014. We had just purchased a large amount of duct tape at a discount and decided this would be an opportunity to do something fun for our customers,” she says. “Since then, our customers have been asking about it so much we held another contest this year.”

Achenbach says the rules to the contest are simple. Creations must be at least 50-percent duct tape and participants enter in one of two categories, depending on their ages. The entries are put on display in the store, and winners are chosen by customer vote.

Between the store’s two locations, in Douglasville and Fleetwood, Pennsylvania, more than 50 customers entered the contest. The winner in each age group from each store received a $50 Weaver’s gift card, and the overall winner won a $100 gift card. Entries took many shapes, from the simple, such as a purse or wallet, to the elaborate, such as a mosaic-framed piece of artwork or a pink flamingo.

“We had a great response to this contest,” she says. “Our customers really appreciate when we offer them something fun like this in the store, and it’s a fun way for our associates and the community to interact.” 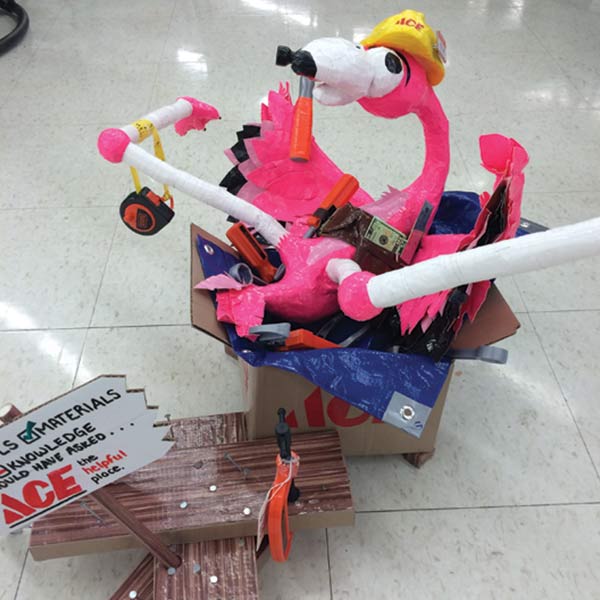 Lynnea is the senior graphic designer for Hardware Retailing magazine, where she works on the layout and design of the magazine and other custom publications. She also does print design for NRHA’s marketing materials, programs and other in-house projects. Lynnea graduated from Ball State University with a degree in Graphic Design. She lives in her hometown of Greenwood, Indiana. During her free time, she enjoys designing, painting, reading and volunteering at her family-owned childcare facility.
Previous Gas Engine Pump and Hose Kit
Next How Could You Make Your Main Street Better?