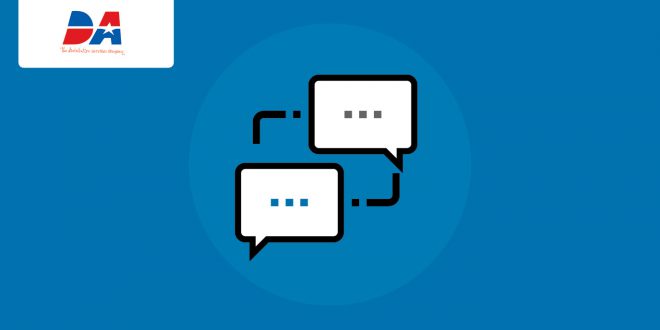 Blish-Mize is the longest-operating wholesale hardware distributor and a founding member of Distribution America.

Based in Atchison, Kansas, the company furnishes products and services to more than 1,500 retailers in 13 states and provides e-commerce fulfillment for some of the world’s largest online retailers.

Established in 1871 by three brothers-in-law, the company is now overseen by CEO and president Jonathan Mize. He says Blish-Mize and Distribution America’s partnership provides a critical advantage in today’s hardware industry.

“There are many strategic benefits that Distribution America offers,” Mize says. “For us to do this all on our own—vendor negotiating, consolidation, product line reviews and marketing and advertising retail services—would be nearly impossible while continuing to maintain all the products, programs and marketing services that we offer our customers today.”

Mize says the company stocks more than 60,000 SKUs and operates a 450,000-square-foot distribution center located in Atchison, while also accessing cross-dock facilities in Denver and in the Dallas and Houston areas.

Staying at the forefront of technology is critical, Mize says. The company’s distribution center features voice-picking programs that send constant inventory updates to retailers via the company’s website and the Blish-Mize mobile app.

In 2021, the company will celebrate 150 years in business. Mize says the anniversary will be a landmark Blish-Mize.

“It will be a big milestone for us. There are very few companies in the history of the U.S. that continue to be family-owned and reach 150 years. It’s really a testament
to our customers, who are truly like family and have allowed us to continue to be part of their successes,” he says. “We are a survivor in our industry and are very proud of this upcoming achievement.” Learn more at blishmize.com.

Based in Jacksonville, Florida, Florida Hardware Co. traces its roots back to 1875. More than a century later in 1985, the company was purchased by Ralph Thieman, a hardware store operator from Quincy, Illinois. The company has stayed with the Thieman family and is currently overseen by president and CEO Don Thieman.

Today, the business has three distribution centers in Jacksonville and one in Harrisonburg, Virginia. It also oversees a manufacturing plant for the Alligator brand in Soperton, Georgia. This network enables the company to serve retailers from as far north as New York and as far south as Central America.

Thieman says in the last five years, the company has added distribution centers, acquired companies and welcomed new customers. In 2019, ensuring the company is best positioned to serve its 3,000 retailers is paramount.

“We’ve seen a pretty big change with what’s happening with e-commerce and big boxes,” he says. “We’re seeing from our customers that many are diversifying their product mix and going into new categories. Everyone needs to find a way to grow business, so they’re looking for opportunities outside their traditional markets.”

Along with hardlines categories, the company also specializes in animal feed, pet food, equine products and other farm and ranch categories.

Founded in 1906, House-Hasson Hardware Co. is based in Knoxville, Tennessee, and serves 2,500 customers in 18 states, the Caribbean Basin and South America. President and CEO Don Hasson says the company is actively pursuing new strategies to grow.

In total, the warehouse expansion and inventory purchase constitute a $10 million investment for the company. The investment is a positive development that brings new technological possibilities, says Hasson.

“Technology helps employees be as productive and accurate as possible,” he says. “In particular, voice-picking technology has been a major benefit to the company.”

House-Hasson relies on Distribution America to improve buying power and enhance its marketing and advertising programs. House-Hasson has also started creating websites for retailers. The program currently serves about 100 stores and lumberyards and allows business owners to integrate inventory from House-Hasson directly onto their website.

“It’s a ship-to-store program, so the customer comes to the store to pick it up,” he says. “We like that model; it drives more traffic to the store.” Learn more at househasson.com.

In business for more than 130 years, Monroe Hardware is a company built on historic traditions and a keen sense for technological innovation, says president Greg Allred.

Based in Monroe, North Carolina, the company oversees a 350,000-square-foot facility that includes indoor and outdoor storage areas and an extensive pipe inventory. It currently serves 1,500 home improvement and lumber customers throughout the southeast and in Delaware and Maryland.

Allred says the nexus of the business is its online catalog, which sales representatives and customers count on for real-time inventory updates.

“Our online catalog receives constant updates so our sales team and dealer customers have access to a system that makes it easy for them,” Allred says.

He says the system includes pricing updates and initiates special promotions. The system archives retailers’ order histories, generating data for customers about their past sales to inform future decision-making.

Putting the technology in motion, Allred says, is a network of sales representatives and customers who have decades-long histories. He says these connections help Monroe Hardware customers compete against big boxes.

“The greatest opportunity for success is for our members to distinguish themselves from and compete with the boxes. Their independence allows them to be more nimble and react more quickly to changes in their customers’ requirements, new products and categories, and also maintain relationships with customers,” he says.

Allred says Monroe Hardware is strengthened by Distribution America’s collective buying power and access to industry data and marketing support. The company uses that network of resources to continue its traditions and serve customers in the southeast, Allred says. Learn more at monroehardware.com.

Focused on serving customers in the northeast, PACOA concentrates on hardware, paint and lumber retailers. The company distinguishes itself by having a deep inventory of tools, plumbing, electrical and janitorial products.

In 1969, Teddy Geismar and his son Herb assembled paint rollers manually in their basement and sold them to stores from the trunk of their car.

In 1974, the Paint Applicator Corporation of America (PACOA) was formed. Now the company counts more than 130 employees and can deliver 17,000 separate SKUs to its customers.

Geismar says PACOA is now planning a 25,000-square-foot addition to its distribution center, which will enable it to add more categories and new possibilities to the retailers it serves. The company is also updating its storage and retrieval process with new warehouse technology.

According to Geismar, PACOA’s partnership with Distribution America enables the distributor to focus on serving independent operators.

“Distribution America has a great team of people who understand our role as an independent distributor,” he says. “Distribution America is always fighting for the best programs for us to pass along to the market, and they’re always looking for new and exciting product lines.” Learn more at pacoa.com.

According to Steven Draeger, United Hardware president and CEO for the last decade, the company serves retailers by helping them stay relevant in their communities.

“I think complacency is one of the biggest challenges in retail,” he says. “We really push different program options to keep our customers’ stores fresh.”

Draeger points to the company’s Spotlight of Opportunity program, which includes specialized planograms for specific categories. During biannual buying markets, United Hardware offers selected Spotlight of Opportunity products to customers up to 75 percent off. Draeger says the program is an affordable way to help retailers reset significant portions of their stores, an investment that energizes employees and customers.

Founded in 1945, United Hardware is headquartered in Plymouth, Minnesota. The company currently serves about 1,200 independent retailers across 18 states. It operates a 450,000-square-foot warehouse in Milbank, South Dakota, that houses more than 55,000 SKUs.

Draeger says technology is integral to success and has enabled better decision-making for United Hardware.

“Technology is constantly changing, so we continually reinvest in our warehouse’s management system, our enterprise resource planning and other management tools,” he says. “Retailers need to reinvest in their businesses, be it through POS systems or leveraging optional tools, like AdStudio and demographic software, which are brought to the table through our partnership with Distribution America.”

In the future, Draeger says United Hardware will remain focused on serving its members, partnering with independent retailers and helping them serve their communities.

“We think our market size and focus on retailers bring value to our members,” he says. “By focusing on the upper Midwest, we can be a stronger, more personalized partner with the retailers we serve, and that’s really where our expertise lies.” Learn more at unitedhardware.com.

Todd is trends editor for Hardware Retailing magazine. He graduated from Indiana University where he majored in journalism and French. Throughout his career, he has aimed to highlight small businesses and their community value. He joined NRHA in 2017.
Previous Building Steady Business in Texas
Next Mosquito Repelling Soap