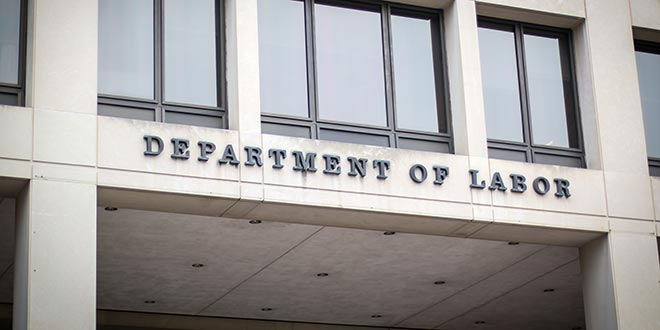 The Department of Labor announced it is requesting feedback from the Office of Management and Budget on a proposed policy that would make millions more Americans eligible for overtime pay, reports The Washington Post.

The policy was introduced by the Obama administration in 2015. It stipulates that any worker who earns less than $47,476 annually would receive time-and-a-half pay for work performed beyond a 40-hour workweek.

During his confirmation hearings in March, current Secretary of Labor Alexander Acosta said overtime increase regulations should be reviewed because life “does become more expensive,” but he warned that raising the threshold could burden businesses by straining their budgets, according to the article.

Supporters of the rule argue that raising the level to receive overtime pay would enable more Americans to receive higher wages or ensure they have additional free time outside of work to spend with family and pursue their education goals.

Those who oppose the rule say it would raise operating costs and force employers to cut back on a worker’s hours to avoid paying the time-and-a-half-rate.

The rule was set to go into effect in December 2016 and would have extended overtime pay to nearly four million Americans. It was blocked by a federal judge shortly before its implementation when 21 states and several business groups filed suit, according to an earlier report from The Washington Post.

The proposed regulation would more than double the current overtime threshold of $23,660, which has not been raised in more than a decade.

Todd is trends editor for Hardware Retailing magazine. He graduated from Indiana University where he majored in journalism and French. Throughout his career, he has aimed to highlight small businesses and their community value. He joined NRHA in 2017.
Previous 10 Tips From Power Tool Masters
Next 2017 Cost of Doing Business Study Deadline Extended