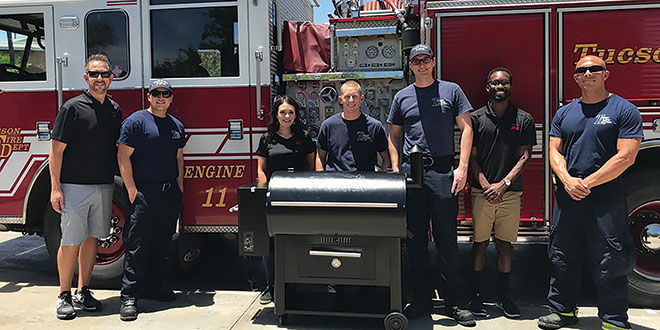 Dozens of firefighters at firehouses in Tucson, Arizona, are having an easier time firing up the grill, thanks to generous donations from the team at Mark’s Ace Hardware and a national grill brand.

Mark Rios, company president, his general manager and another manager recently made the rounds to area firehouses to deliver brand new grills as a way of thanking the first responders for their service. Rios says the idea came up partly through the support of his grill vendor and also because of the charitable spirit of his team.

They purchased six grills at a discount through the vendor, and then Rios contacted local fire departments to find out which teams were most in need of a new way to cook while on shift.

“We reached out to the head of the fire department in our town, and he talked to the chiefs at the different houses to identify the houses that would most need a new grill,” Rios says. “We pulled up with the grills loaded in the back of our flatbed truck, and it was a great surprise for the firefighters. They were very excited, and we’ve received great feedback that they have been cooking on the grills every night.”

This was the second year in a row the Mark’s Ace Hardware team was able to donate six grills, and Rios says he has plans to continue the program and expand it in the future.

“We’re looking into expanding to other firehouses outside of our trading area,” he says. “We are also now thinking of making donations to different first responders, as well.”

Rios says he would like to find ways to donate grills to paramedics and police officers in his community, so he’s researching places where they may all come together as a group.

Melanie is the managing editor for the North American Hardware and Paint Association. She has worked for the association since 2016. In her spare time, she enjoys cooking and baking without recipes and watching online makeup tutorials. She and her husband are raising their son and two fur children in Indianapolis.
Previous Fulcrum Building Group Acquires South Bay Lumber and Navarre Lumber
Next Banner Solutions Acquires Door and Bath Hardware Distributor 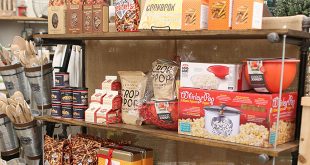 Managing Inventory When Adding a Niche 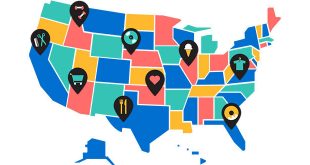 Setting Up for a Successful Small Business Saturday 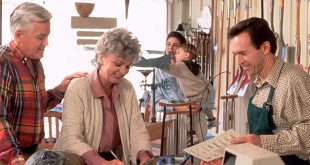 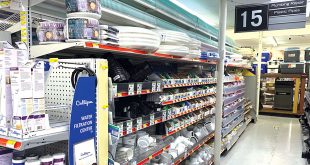 How to Connect Customers Over Fixtures and Fittings

Whether it takes up one aisle or a large portion of your store’s square footage, …