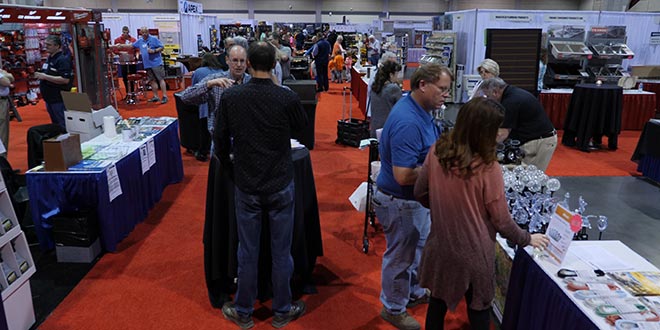 Spring break means the beginning of the warm season, a reason to get excited for better weather. Blish-Mize tapped into that enthusiasm to present its retailers with plenty of great prices and fun during its Spring Buying Market, held March 22-24 in Overland Park, Kansas.

The distributor played up the levity of the spring break season, but it was serious about making the most of its customers’ time. Blish-Mize had some of its most iconic features on hand like THE 24, a special area of the floor dedicated to deep discounts on 24 of its most popular items. Its What’s New!? section allowed attendees to view the best and latest additions to the product catalog for the coming spring and summer seasons.

Attendees were particularly excited about the MVP (Most Valuable Profits) event conducted on the evening of Thursday, March 22. This MVP event was designed to promote the “Showstoppers,” 12 key-selling items, just for that night only, and allowed the customers to shop the floor before the normal Friday Market day began. It included live music, food, drinks, and time-specific deals so retailers could maximize their Market experience. 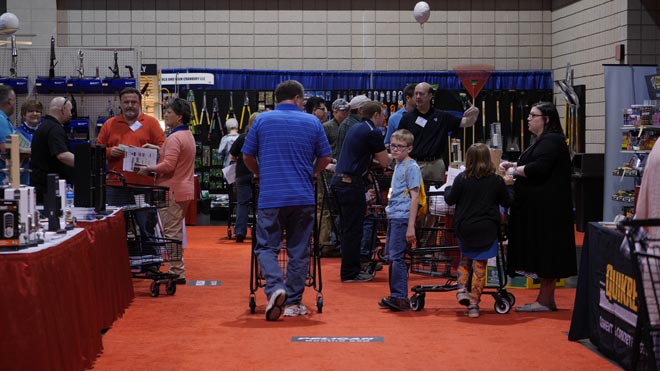 The event also allowed retailers and vendors to get acquainted and network without the press of the normal show floor hustle, something that multiple retailers found as an advantage to the new schedule.

“The MVP event gave us a chance to talk about products without knowing there’s pressure to move on and see other booths. It’s a head start to the market that really helps us prepare for when the show floor opens,” says Tim O’Connell, owner of Triple O’s Building Supply in Sidney, Nebraska. “It’s a more relaxed atmosphere, and you can learn about the new products at the show, have some time to look them over, then come back and see them again on the show floor.”

The chance to shop the floor on the Thursday opening did more than help foster relationships. For Home Lumber & Building Supply managers Mike Jellison (Coldwater, Kansas), Laura Fisher (Eureka, Kansas) and Brent Adams (Medicine Lodge, Kansas), the show was a chance to see the newest products available from some of the top vendors in the industry.

“It gives you a chance to see what you’ll need for the coming year, things you know that will sell,” Jellison says.

The Market also allows retailers to take advantage of vendors and representatives attending in person. By interacting with vendor representatives, retailers were able to learn details about the newest products that will likely be featured on their shelves.

“One of the biggest advantages of this show is that we get to see new products before our customers do,” Fisher says. “That’s important, because they rely on us to be the experts and helpers when they come in our stores with a problem. We need to know about the newest items on the market and have that knowledge that can be gained at markets like this.” 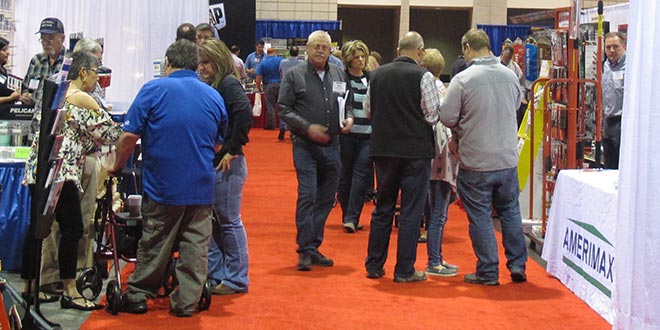 Jonathan Mize, CEO and president of Blish-Mize, says he was excited about growth for the company, with an increased number of customer prospects having attended the show. The Spring Market was also a chance to react to concerns and desires from customers, he says.

“We asked how we can best tailor the market to the schedules of our customers, and that’s where the MVP event came from. An opening that did more than just allow a preview of booths was what our customers had asked for, and we saw a great response on Thursday,” Mize says.

The demonstration floor, a new addition introduced at the Fall 2017 Buying Market, was enhanced in 2018 with even more presentations. North American Retail Hardware Association (NRHA) executive vice president Dan Tratensek took the stage to speak to retailers about taking a role in their communities and how they can compete with online retailers.

The market also saw a presentation by lawn and garden supplier BWI. With the fun of spring break comes the duties of spring maintenance. Retailers were on the lookout for items relatable to consumers looking to tame their homes and properties as weather warms up.

In her presentation, Jody Maude from Distribution America provided tips and tricks for marketing and advertising plans, detailing how early planning could provide a year’s worth of strategic content.

The addition of new presenters on the show floor at the presentation stage was one area that Mize was hoping could increase the value for customers and attendees at the spring market.

“We know that often times the Market is a family event for our customers. We try to make it the best value we can for them,” Mize says. “Adding presenters and other events to the schedule just enhances that value, and hopefully makes the market more fun for everyone. The Market is a resource for our customers, and we take that very seriously. We also want to make it as easy as possible for them to access those resources. How we’ve staged this Market speaks to that.”

For vendors, the atmosphere provided by the early opening made for an upbeat market. Mark Canales, sales representative with MBA Marketing and a representative for Blackstone Products, saw retailers and attendees eager to learn about new products and highly educated about their buying decisions and plans, he says.

Blackstone was in attendance displaying its line of grilling and griddle products and accessories.

“This show was upbeat from the beginning. The high level of morale from the retailers was exciting as a vendor,” Canales says. “Blish-Mize did a great job, from marketing to sales and the buyers, the whole team. They had great pricing and deals, and you could barely see a retailer who didn’t have a plan and a strategy for how they were going to approach the coming season.”

Chad is an assistant editor for Hardware Retailing magazine. A Purdue University graduate, Chad has covered sports and news at the high school, college and Olympic levels as a sports writer, editor and designer for multiple newspapers. Prior to joining the NRHA, he was the sports editor for the Herald Journal in Monticello, Indiana, and a designer and copy editor for the AIM Media Indiana group in Columbus, Indiana. When not cultivating his beard, he enjoys backpacking, cooking, traveling and watching too much sports and Netflix.
Previous Lowe’s CEO Announces Retirement, Succession Plan Underway
Next Sleeping Pad